(670 The Score) When Cubs president of baseball operations Theo Epstein sat down at Wrigley Field on Sept. 30 a day after the regular season had ended, the shortcomings of his team had long been on his mind. He had seen enough.

The Cubs' inconsistencies have been on display over the last three seasons since winning the World Series in 2016. A young core in which Epstein believed hasn't produced the sustained success that he imagined.

Epstein joined the the Cubs in October 2011 as one of the brightest, most innovative executives in baseball. He led an organizational overhaul that five years later led to Wrigleyville celebrating its first World Series in 108 years.

Beyond that, the goal for Epstein and the Cubs was to win multiple championships. In the time since that 2016 World Series title, it has become clear the Cubs have fallen behind some of baseball's best teams.

"We’re very disappointed that we weren’t able to deliver October baseball," Epstein said after the Cubs missed the playoffs for the first time since 2014.

While watching the postseason from their couches, the Cubs have been reminded of the areas they've fallen behind in -- and what can be done to catch back up.

Change will come in many forms this offseason. That includes to the roster, but when Epstein speaks of organizational change, he means bringing the Cubs back to the cutting edge.

They could learn from the teams who have been playing October baseball.

In summer 2017, Epstein and the Cubs sought out to add another front-line starter to their rotation. They had a championship to defend and a core in its prime.

Among the options in play were White Sox left-hander Jose Quintana -- a 28-year-old on a team-friendly contract through 2021 -- and Tigers right-hander Justin Verlander, a former Cy Young winner who was then 34. The Cubs chose to send prized prospects Eloy Jimenez and Dylan Cease to the White Sox for Quintana, who at the time seemed to be the better option with respect to Epstein's long-term hopes.

Verlander and the Astros' starters have embraced the organization's pitching lab, with Edgertronic cameras tracking deliveries and Rapsodo technology analyzing spin rate. Gerrit Cole posted a career-best 2.50 ERA and 13.8 K/9 rate this season. He has a 2.68 ERA since being acquired by the Astros before the 2018 season.

The Cubs introduced their own pitching lab before this 2019 season, with first-year pitching coach Tommy Hottovy overseeing its implementation. The team's pitchers have embraced it to varying degrees.

"There’s no numbers that are going to tell me anything to make me use (a curveball) more," right-hander Kyle Hendricks told the Chicago Sun-Times in March.

Consider that's a 29-year-old Darmouth graduate saying that. Left-hander Jon Lester, 35, has spoken openly about his disdain for new-age pitching technology. Left-hander Cole Hamels, also 35, lost his previous All-Star form and is likely to sign elsewhere this offseason. Quintana posted a career-worst 4.68 ERA this past season.

The Cubs do have a starter in right-hander Yu Darvish who embraces every tool at his disposal, but their rotation is far behind the Astros' championship-caliber group. Epstein spoke of creating a new "director of pitching" position in the organization with that in mind.

But what difference will it make? It's one thing to have a pitching lab. It's another to embrace it. 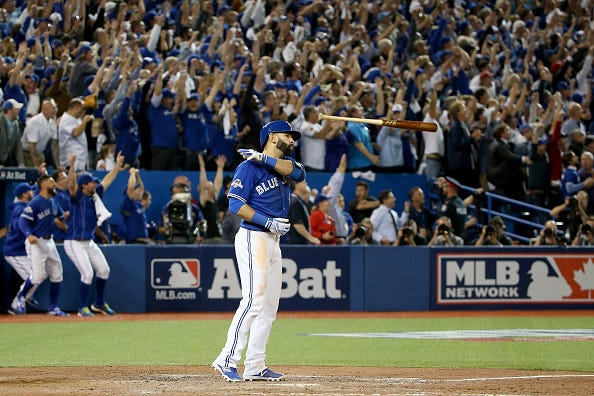 The Greatest MLB Postseason Home Runs of the 2010s

Epstein shifted one of his closest friends in the industry out of a prominent role knowing well the Cubs have fallen short in scouting. They haven't supplied their core of shortstop Javier Baez, third baseman Kris Bryant, first baseman Anthony Rizzo and more with complementary talent.

That's in contrast to the Dodgers, whom the Cubs defeated in the 2016 National League Championship series before losing to them in the same round a year later.

In 2016, the Dodgers lost in six games to the Cubs with with the likes of Justin Turner, Corey Seager and Joc Pederson in their lineup and Clayton Kershaw leading the rotation. Those players were still part of Los Angeles' 106-win team this season, but many more key homegrown players have joined the fold.

The Dodgers developed 2013 fourth-round pick Cody Bellinger into the 2017 NL Rookie of the Year and a leading NL MVP candidate this season, when he tied for third in WAR in MLB. They took a chance on infielder Max Muncy, who was designated for assignment by the Athletics in 2017, because they saw potential in his swing with launch angle. Muncy was an All-Star in 2019 and has a combined 70 homers across the past two seasons.

The Dodgers have tremendous depth in large part because of of their ability to scout other teams' struggling players. Turner was an example of that, as he was once a middling infielder for the Mets who became an All-Star with the Dodgers. Chris Taylor, Enrique Hernandez and David Freese are also examples of castoffs playing roles for Los Angeles.

The Cubs haven't replicated that. They have their core players but not enough around them, which has forced Epstein to aggressively deal for a supporting cast. Since 2016, it has been the Dodgers and not the Cubs as the standard in the NL.

"I had this belief that this group of players who won the World Series at 22, 23 years old, many of them, were going to grow into an unstoppable set of players if we could continue to supplement them, show faith in them," Epstein said. "Because we were the youngest team in World Series history. You look at the starting players. That hasn't happened.

"To that broad theme of a winner's trap and putting too much correlation to methods and players and things that helped you win in the past, I think I can be guilty of that. If I could do it over again, as a leader, I'd try to find a way to be more objective, more critical, more open-minded to various different ways to do it. I think that's gotten us in trouble if you look at the amount of resources that have gone out the door trying to supplement this group."

It didn't take long into Epstein's 81-minute sate of the Cubs address on Sept. 30 to address the elephant in that room. Less than two minutes in, he spoke of the decision to not retain manager Joe Maddon, then took responsibility for his own part in this disappointment.

Only one Rays player, right-hander Charlie Morton, made more than $10 million in 2019. The Cubs had nine players earning that or more. This wasn't a flash in the pan for Tampa Bay, which has reached the postseason five times since 2008 despite a payroll that pales in comparison to its AL East rivals in New York and Boston.

The Rays developed 2011 19th-round pick Blake Snell into the 2018 AL Cy Young winner. Their best position player, outfielder Austin Meadows, was acquired as the key return for popular-but-inconsistent right-hander Chris Archer in a trade in July 2018. They bought low on outfielder Tommy Pham in a trade with the Cardinals and have seen him emerge as a key part of their success.

Tampa took chances on castoffs like Ji-Man Choi, Avisail Garcia and Yandy Diaz and fit them into the lineup. The Ryas built one of the game's best bullpens, which includes a closer in Emilio Pagan who increased his fastball velocity four miles per hour and increased his K/9 rate from 9.15 in 2018 to 12.34 this season.

Without the resources to construct a dominant rotation, the Rays led the innovation in using an opener, matching a reliever against the strength of its opponent's starting lineup to begin a game. In 2019, Tampa Bay had only three pitchers start more than 18 games -- Morton, Snell and opener Ryne Stanek. The Rays had 14 pitchers make a start yet led MLB in FanGraphs' starting FIP at 3.33.

The Rays have done more with less, and Epstein can only envy that success this October. 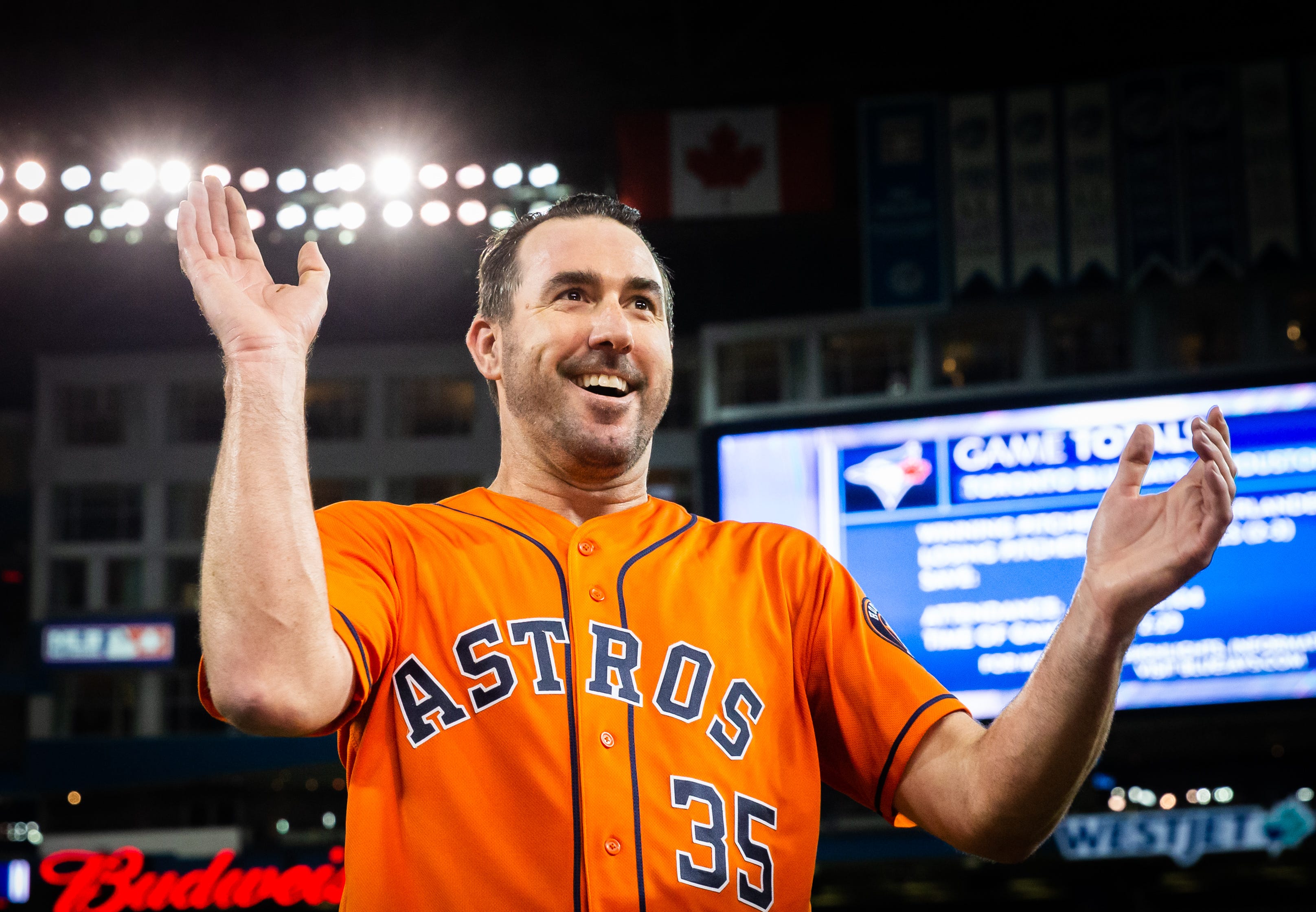 The game of baseball has changed a great deal since Epstein came up as a young executive in Boston -- and even changed significantly since the Cubs' championship in 2016.

MLB set a record for home runs in 2019, and two teams in particular thrived off the long ball: the Yankees and Twins, who just finished an American League Divisional Series on Monday night that New York won in a three-game sweep.

The Twins hit an MLB-record 307 homers, outpacing the Yankees by one. Both teams accomplished those respective numbers without glaring strikeout rates, contradicting the perceived belief that baseball is a swing-for-the-fences-or-miss game.

Minnesota's "Bomba Squad" set that home run record while striking out 20.9 percent of the time, the sixth-lowest mark in the big leagues. The Twins had quality production with the batted ball, leading the AL with hard contact on 41.3 percent of their swings. They posted a 116 wRC+ and had six regular contributors (300 plate appearances or more) surpass that mark individually.

Though the Twins set the home run mark, the Yankees compared equally in regular-season offensive totals and were clearly the better team in their series. The Yankees posted a team wRC+ of 117 and wOBA of .346 while striking out 23.0 percent of the time, which was the 12th-best mark in MLB.

The Cubs' disappointing season was defined by the drastic inconsistencies at the plate. They scored 47 runs in a three-game series against the Pirates from Sept. 13-15, then finished the season with 52 runs in their final 13 games, going 2-11 in that spiraling span.

The Cubs finished with a 102 wRC+ mark that ranked 11th in MLB while striking out 23.6 percent of the time, the 11th-most of any team. Strikeouts weren't the only problem for the Cubs, who produced hard contact on only 35 percent of batted balls. That ranked 25th in MLB.

In a St. Louis hotel room on the night of Sept. 28, Epstein and Maddon celebrated the success of their last five seasons over wine. The Cubs went 471-339, reached the playoffs four times, won two NL Central titles and that World Series championship in 2016.

There's no disputing the Cubs' results over the course of those five years, but Epstein has also acknowledged the last three seasons of failed expectations. The Cubs have failed to sustain success as once imagined. It became time to stop cherishing past victories and start building plans for more to come.

"The reality is we're building something anew," Epstein said. "We have to -- at every level of the organization. That includes asking and answering the hard questions, includes a lot of self-reflection and it includes some change."

The Cubs have pieces in place to return to the playoffs in 2020, as Epstein still hopes. But no longer will he just believe those players are good enough to win on their own merits.

For Epstein, building the Cubs something anew means learning from the blueprints of baseball's best teams.