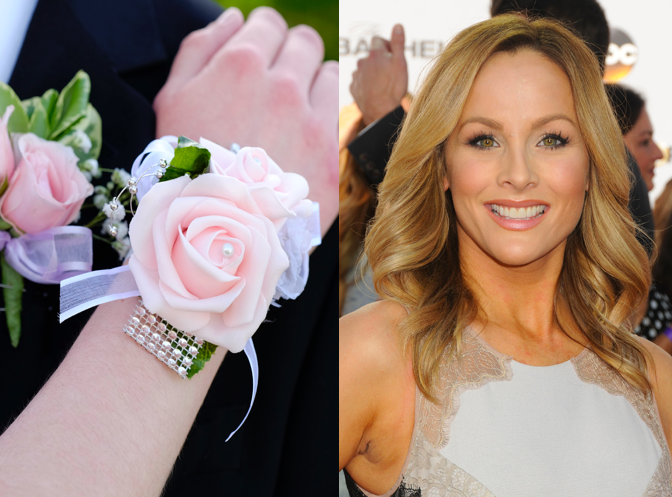 October 21, 2020 10/21/2020 8:16 pm
Fans are buzzing about The Bachelorette episode 2 which aired Tuesday, October 20. Among the many things that happened during that eventful, emotional, and sexually-charged episode was Clare Crawley's claim that she never went to prom.

A woman who goes by the name of Jami Merchant shared photos on her now-private profile showing her husband posing with Clare before a dance. Merchant implies that the photos were prom photos with the caption, "My husband took @clarecrawley to senior prom, @clarecrawley you went to prom. #bachelorette #clarecrawley #senior ball #1999 #hothusband."

The original post cannot be viewed anymore, but @chicksintheoffice grabbed the screenshots.

Clare caught wind of this post and replied to someone's "you've been exposed" comment, saying, "lol actually not. You do know there is (sic) more dances in high school that are NOT Prom? Turns out it's just someone digging up old photos. (why she keeps her husbands old dance pics I'm not sure) I went to a new school senior year and in fact DID NOT go to prom just like i said."

You know what, I've gotta side with Clare on this. People are nuts and attention-seeking to dig up these photos AND watch the show looking for minor inconsistencies that don't even matter.

Side note, Clare does not look like she's aged AT ALL since high school.

Have you been watching Clare's season? What do you think of it so far? Do you believe the rumors that came out this summer, or do you think producers have thrown us for a loop?