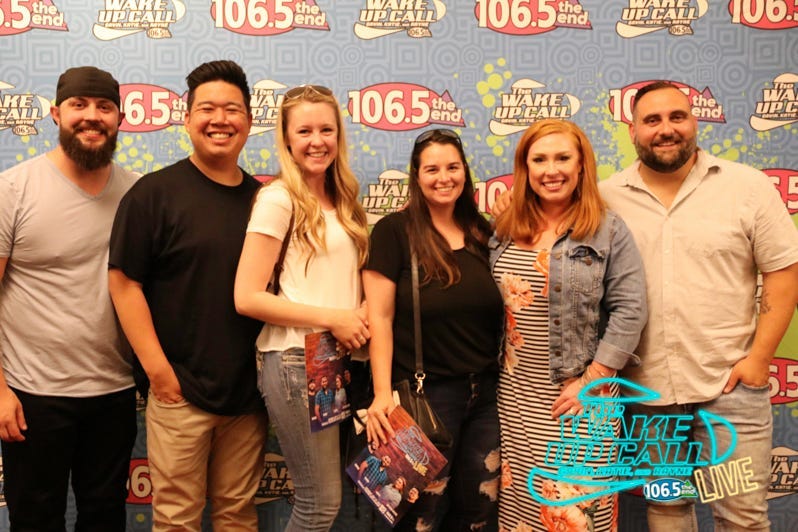 Here's what you missed on the Wake Up Call:

Tom LaPinata calls Jason to lodge a complain about a solar calculator he just bought...because one day it'll be useless.

Joel and Kate went on a date but Joel didn't want a second date because he was bullied over his hair:

In Case You Missed It: Clare Crawley Leaves Bachelorette

The Wake Up Call share their thoughts on Clare Crawley leaving the Bachelorette:

Are You Smarter Than Katie

A listener gets asked 5 questions while Katie is out of the studio. Then Katie gets asked the same 5 questions. Whoever gets more wins. Ties go to Katie.

The Wake Up Call talk about how Katie got caught in a rabbit hole on Facebook trying to figure out how the husband of someone she baely knows died:

Steffanni comes into the studio to give an update about her life and share some #GirlProblems she found on Twitter:

It's elections season so Gavin calls Sean to answer some pointless questions on a political poll.

The Wake Up Call play another round of TALKtionary to give away a pair of season passes to Six Flags Discovery Kingdom:

Song In Her Head

Katie is not joking when she says she wakes up with a song in her head every single day.

Parent Facebook GroupsGavin is getting besieged with tags and invites from mostly strangers to join Daddy Groups for this year's distance learning year for kids: