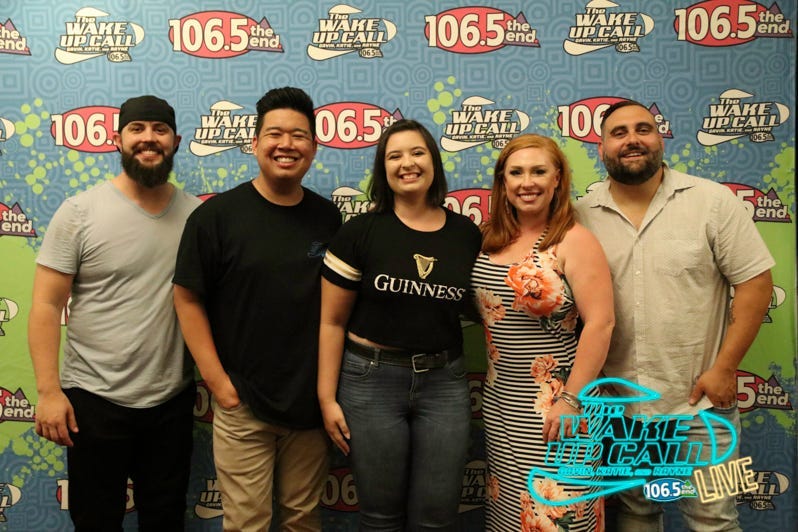 Here's what you missed on the Wake Up Call:

Katie wanted to go to an Asian food market and needed Kevin's help:

In Case You Missed It: Gender Reveal Fire

The Wake Up Call share their thoughts about the gender reveal fire:

Gavin's friend sends comic books he's purchased to a grading comapny to see if they'll grade it for him. They accidentally sent him the wrong one and it's worth $3.5-$5k.

Gavin calls a lady who is scared of going to the dentist so he checks her teeth over the phone.

Are You Smarter Than Katie:

A listener gets asked 5 questions while Katie is out of the studio.  Then Katie gets asked the same 5 questions.  Whoever gets more wins.  Ties go to Katie.  Playing for pride.

War Of The Roses:

Casey thinks Mitch is cheating on her even though they are swingers:

Gavin calls Toby, who works in an apartment complex, as Don Quake who needs to move out of his grandson's place and applies for an apartment over the phone:

The Wake Up Call play another round of "Old School Smackdown"

The Wake Up Call confess some secrets noone knows about: