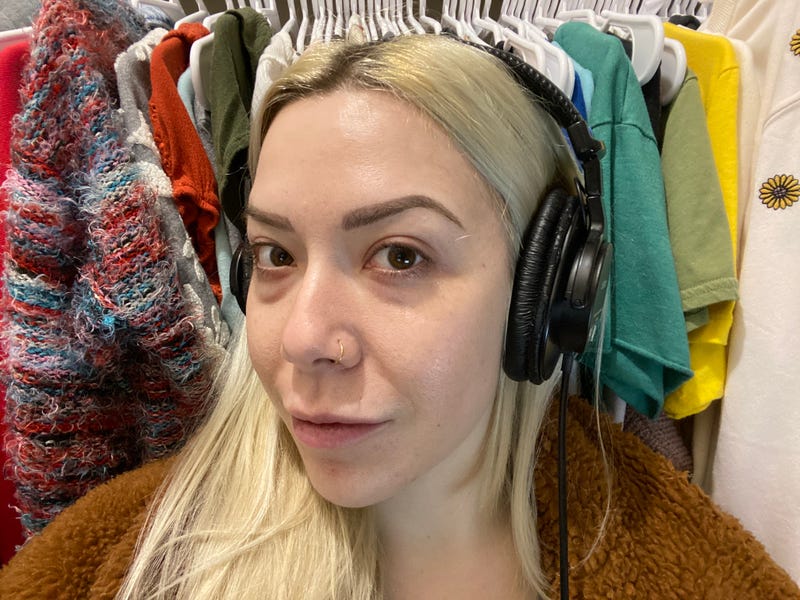 If you've been wondering why the name "Victoria" has been trending or why there are a lot of queen memes circulating the Internet, it's all because everyone in Bachelor Nation is having a field day making fun of "Queen Victoria" on Matt James' season of The Bachelor.

We could go on and on about this Victoria chick, but what I really want to point out here is that I actually feel really bad that people are making fun of Victoria's under eye bags.

Listen, I get it. Victoria is the "villain" and she's a TV character. I've even made comments about her skincare needing an upgrade but it's because she's clearly using a makeup that's not right for her skin. THAT is an easy fix with a trip to Sephora, so whatever.

But the under eye bags or dark circles? That could be entirely hereditary, like they are in my case.

All the other girls’ faces are just loaded up with dermal filler. What Victoria doesn’t have is tear trough filler. #TheBachelor In her defense, my face would look like that too 😬 https://t.co/Rt1Ow6AqoM

Here's the thing...a lot of TV personalities and beauty-obsessed Instagram models either photoshop out their eye bags or they load up their face with dermal fillers. Many people get "tear trough" filler to combat this issue. Later in life, many people will even get surgery to get rid of their under eye bags. The other girls were blessed with more collagen beneath their eyes. LUCKY THEM.

And why do people get filler and surgery? Because of the pressure to get rid of them, which comes from online bullying and unrealistic beauty standards, just like the "fun" people are making of Victoria on The Bachelor.

I don't know if Victoria is aware that the lighting is accentuating her under eye bags or if she was even aware of the fact that she had them. Maybe they don't bother her at all. But that's not even the issue - it's that people are so petty and full of themselves to think that they don't have flaws themselves. Y'all probably wouldn't even get cast on the show anyway. *shrug*

So, it's not that I actually want Victoria to marry Matt James or anything (because let's be honest, that is probably not going to happen), but I'm here to flaunt my eye bags to let you know that this part of Victoria is NORMAL. K thx