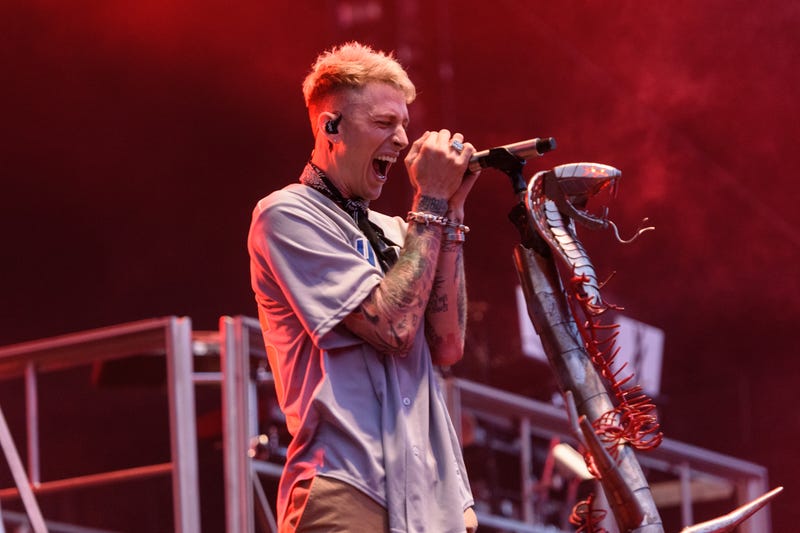 As we all know, 2020 was quite the year for Machine Gun Kelly. From the massive success of Tickets to My Downfall, to starting up a fiery relationship with Megan Fox it looks things won’t be slowing down for Colson anytime soon.

Now MGK is set to take the Saturday Night Live stage for the first time alongside host, John Krasinski, for the variety show’s debut episode of 2021.

For his first performance on SNL, Machine Gun Kelly is predicted to perform his featured singles off of Tickets to My Downfall, which he released in September 2020.

WATCH MORE: SNL Cast Members Whose Departures Were Still Not Over

Most recently, Baker debuted his punk rock musical, Downfalls High, a musical that MGK says they shot in four days. The full performance is available on the punk rock rapper’s YouTube channel and on its “opening day” the performance garnered over 16 million streaming views.

Saturday Night Live went on to announce its musical performances and hosts through the first two weeks of February. We can expect electrifying performances from Phoebe Bridgers alongside Schitt’s Creek Dan Levy and Nathaniel Rateliff alongside One Night in Miami’s, Regina King.