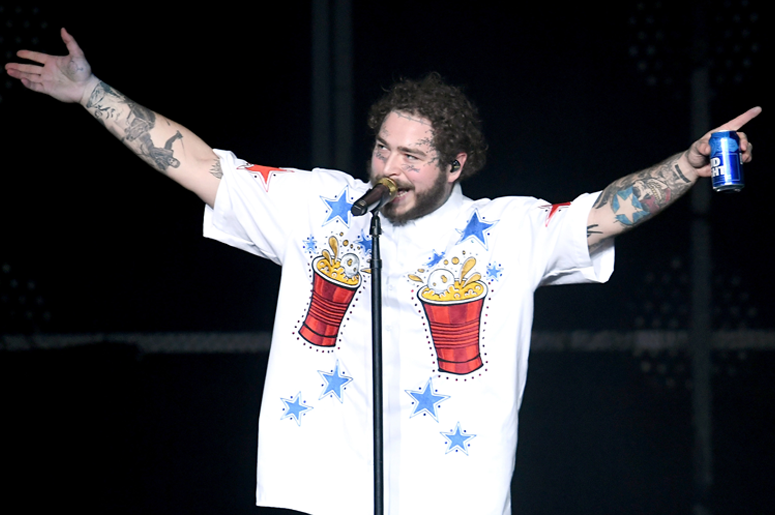 Post Malone just spilled some tea, or should we say beer? Well, actually no, because he’s good at beer pong. But after recently speaking to Jimmy Fallon on The Tonight Show to promote the release of his new Messenger series Celebrity World Pong League, Posty revealed who isn’t.

Post shared that Drake is one of the worst celebrities to ever challenge him at beer pong. "Drake's no good, Drake's no good," Post admitted. "He came backstage at the show in Toronto and we started playing beer pong. And I was just like, ‘Man, he sucks.’"

However, the “Circles” singer did add that he wouldn't be opposed to giving Drake another shot, only to see if he’s “Better Now.” “If you see this, come meet me again; we'll play again," Posty said. "But he was terrible.” Dang, Post really is coming for our mans, all jokes of course.

Post also shared that basketball superstar Kevin Durant ranked on the higher end of the list, but did accuse him of not playing fair. "He was good, but he's a cheater, because his wing span is like 10 feet," Post explained. "So his elbows were over the table, every time.” Smh, rookie move Durant…

And now, Post will be able to evaluate the skill level of many other stars. Celebrity World Pong League has officially launched, and is available to all Facebook and Instagram users via the Watch Together feature.

If it isn’t obvious Posty takes both his love of beer and the game of beer pong very seriously. So much so, he has plans for expanding his drinking game brand, and he told Jimmy all about them. "Eventually we want to make it a league and do like, maybe not arenas but like middle school basketball courts, you know small scale type deal," he explained. "I want to make it so every city has a team, so the best...beer pong players from each school have a team."

For now, "this show is about kicking it with a couple friends, talking, shooting the breeze, playing beer pong, getting a little drunk."

Even though we haven't played in a hot minute, we have a feeling we'd rank pretty well, for sure better than Drake anyway. We call next!