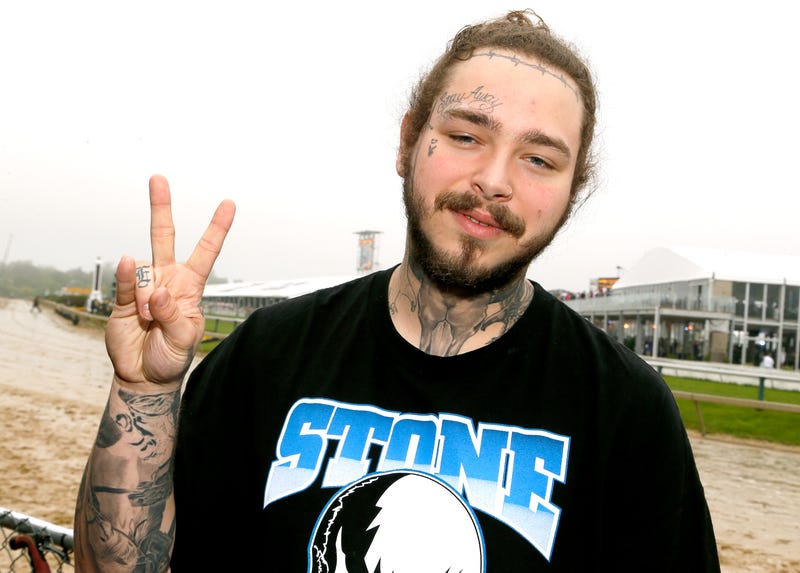 This year, if Post Malone learned one new thing, he’d probably tell us that he has recently discovered the joys of Costco. Isles brimming with rotisserie chickens and flat-screen TVs as far as the eye can see, and of course samples galore… pre-pandemic, that is. What’s not to love? Costco is a shopping maven’s paradise.

During an appearance on Jimmy Kimmel Live! The GRAMMY-nominated artist shares his supermarket revelations with the talk show host saying, “there's a Costco maybe 10 minutes from here and I never knew the beauty of Costco and one day I woke up and had an epiphany and said, 'Let's go to Costco.'" The Costco Posty is referring to is located near his Salt Lake City home.

However, Post shares that he is not in it for the free samples. Once getting his hands on a membership card featuring a photo of him that he says is the “worst photo ever,” the “Circles” singer explains that he prefers to stock up quickly and go. He also feels that if consumers are allowed to sample that many items we might as well just be able to take products right off the shelves.

Additionally, while chatting with Kimmel, Posty finally explains that viral photo of himself getting tattooed at his ripped dentist’s office. Malone jokes, “He's the biggest, buffest dentist I've ever seen in my entire life, it's mind-blowing… he has the softest hands.” But he continues to jokingly explain that while getting his dental work done he might as well kill “two birds with one stone.”

“We talked about it and we were just like, you know, 'I'm gonna be sitting around for hours doing nothing anyways, why not get two bad things out of the way at the same time,” Post shares.

Aside from dental work, tattoos, and Costco memberships, Malone is gearing up for his big Bud Light Seltzer’s New Year’s Eve 2021 live stream. Post will be headlining the event, alongside Steve Aoki, Jack Harlow, and more. Posty tells Kimmel that the show will feature some major “rock and roll legends.”

music
Maren Morris and Ryan Hurd on ‘Chasing After You,’ and chasing 1-year-old Hayes around the house
sports
Jeremy Lin reveals he has been called 'coronavirus' on the court
sports
Eddie Murphy confirms Prince beat him at basketball, as depicted on Chappelle's Show
sports
DeAndre Hopkins clowns Texans: 'They said I'm only worth a second rounder'
sports
The oldest active MLB players in 2021
sports
ABC back in Super Bowl broadcast rotation after 15-year hiatus: report