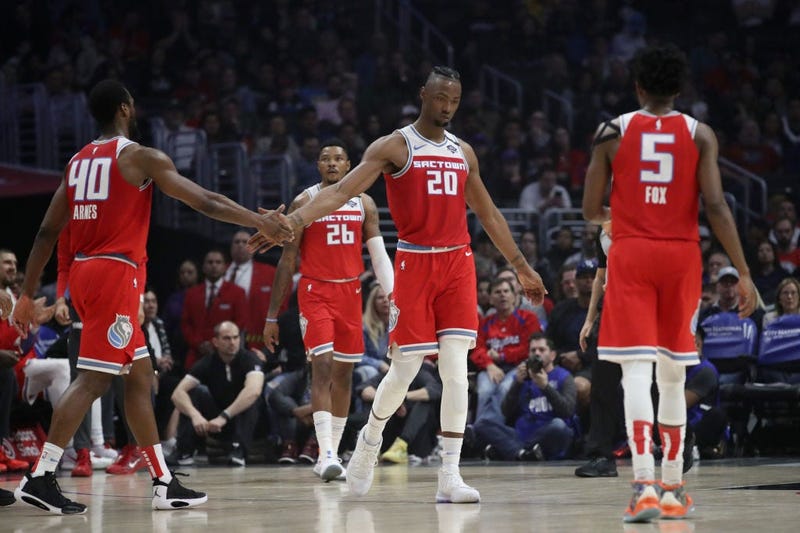 Frankly, this reporter was already writing a draft of how the Kings came off a successful road trip to lay a giant egg before the home fans who were beginning to believe this team had a chance to make the playoffs.

Unbelievably, the Kings (26-34) fought their way back into the game and came away with an 106-100 victory. It was their fifth consecutive win at home.

As happens so often when a team must fight their back into a game, the Kings faded late in the fourth quarter. Sacramento let a 14-point lead shrink to just three points with 37.8 seconds to go in the game. The Kings were able to prevail and win the game, but things got way to close for comfort for the coaching staff and the fans.

Buddy Hield came off the bench to score 19 points to go with six rebounds and two assists. His most important points came with 5.1 seconds to go in the game when he hit two free throws to give the Kings a six-point lead.

Cory Joseph was not expected to play in the game because he was suffering with a serious right heel contusion. The point guard worked with the training staff and then went to Luke Walton to report that he was ready to play against the Pistons. His play helped to get his team back into the game.

Harry Giles III made his presence known on the court again on Sunday. The very active center scored 12 points, grabbed seven rebounds, made one steal and blocked one shot in just over 20 minutes on the floor. His demonstrative play moves the crowd to call out his name in unison with delight.

The Kings are now tied with the New Orleans Pelicans for ninth place in the Western Conference with identical records of 26-34. Both teams are three games behind eighth place Memphis for the final playoff spot.

Zion and the Pelicans will visit Sacramento on March 11.