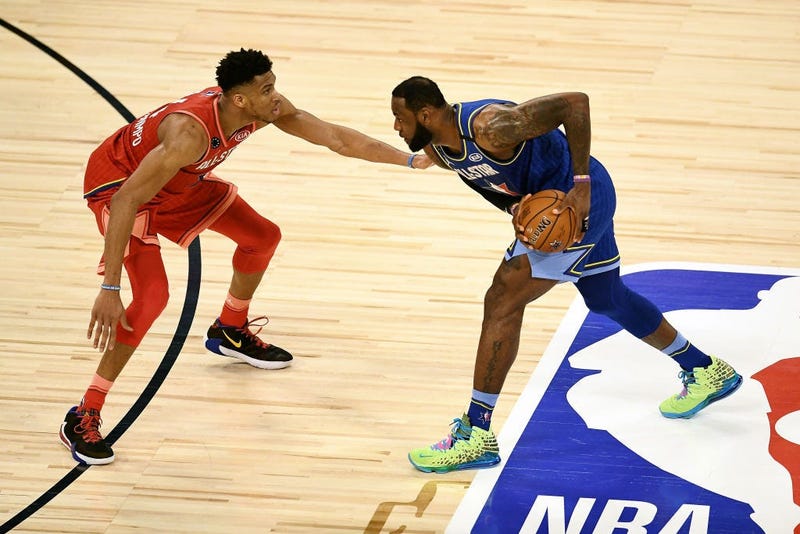 The NBA promised fans that 2020 All-Star was going to be new and improved. Everyone was skeptical because “the Association” has promised a more competitive game for years and it just has not happened.

💥💥 The BEST PLAYS from the 2020 #NBAAllStar Game won by #TeamLeBron! pic.twitter.com/tHMBxDGpZX

The fourth quarter was amazing

The final quarter of the 2020 All-Star Game became a playground game of the first to 21 or in this case – the first to 157. The target score of 157 was set by a predetermined formula. The fourth quarter had some other unique features:

Right from the beginning of the quarter, everyone could see “it was on like Donkey Kong”! Everything turned serious. Immediately defense was being played in an NBA All Star Game. Players were trying to draw charges. Suddenly, blocked shots were becoming an important part of the game. Then, the officials started calling fouls. The exhibition was over – a real basketball game was being played in the United Center in Chicago.

In the final quarter:

The game ended on a free throw converted by Anthony Davis. Davis missed the first opportunity but converted the second free throw to win the game 157-155.

🙌 @AntDavis23 misses the first but MAKES the 2nd free-throw to win the 2020 #NBAAllStar game for #TeamLeBron and earn $300,000 more for @ChicagoScholars! pic.twitter.com/b3vYtfK3EJ

Some have complained about the game ending on a free throw. That is ridiculous because regulation, playoff and championship games can end on a converted free throw. The format might need some tweaks but not that many.

All professional leagues need to watch the XFL and how the revised league is handling video challenges and replay. The on-field officials do not become involved in the review other than communicating with the booth via audio. The television broadcast shows the replay official reviewing the play and fans can hear the officials remarks about what he sees. The replay official makes the call, tells the referee on the field what decision is, the referee informs the teams and fans and the game moves on. The delay is minimal, and the television viewers are involved in what is going on in the decision process.

The NBA needs to follow the same process for the All-Star game and all their other games. They need to show what is happening in the control center in Secaucus, New Jersey while the referees stay on the court. The replay official should make the call and inform the P.A. announcer who will tell everyone in the arena of the decision so the game can continue quickly.

Thanks to the XFL for showing us the way.

Congratulations to the NBA

The National Basketball Association took a chance and made a change to their All-Star Game. The result was a Triple Double. They have found a formula to have “Showtime” and serious basketball in the same game. “Cheers” to the NBA.

🗣 the MIC’D UP SOUNDS of the 2020 #NBAAllStar Game! pic.twitter.com/uPe3YEoRPV