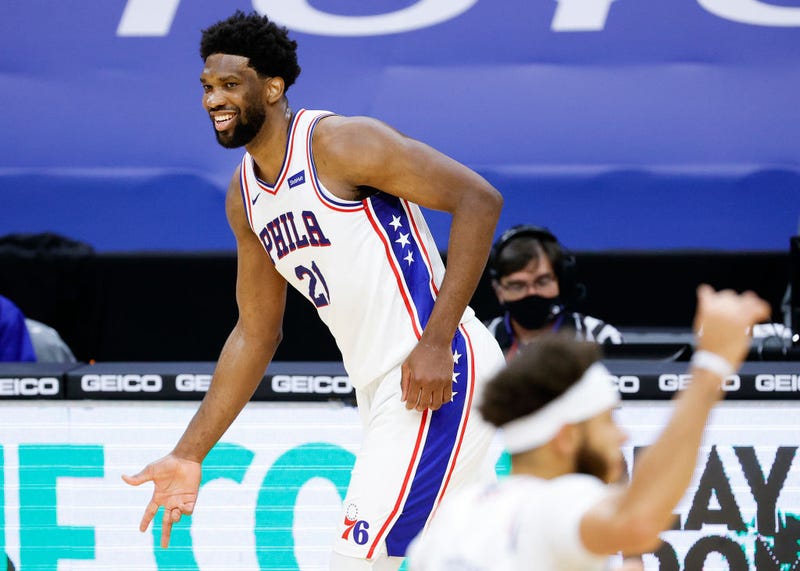 (Photo by Tim Nwachukwu/Getty Images)
By Ted "The Sports Head"

In the NBA Wednesday night, the top team in the league, the Philadelphia 76ers, defeated the visiting Washington Wizards 141-136.

Starting at center for Philadelphia was former Kansas Jayhawk Joel Embiid, who finished with 38 points and eight rebounds, going 13-for-13 from the free-throw line. The 76ers have won five games in a row, and are now 7-1 overall, and 5-0 at home.

In other NBA games:

*The Los Angeles Clippers won on the road, beating Golden State 108-101. Coming off the bench for the Clippers was former Kansas Jayhawk Marcus Morris, with 12 points, two rebounds, and a pair of assists. It was Morris' first game this season, coming back from an injury to his right knee. The Clippers are now 6-3 on the season.

*The Sacramento Kings won at home, defeating the Chicago Bulls 128-124. Starting at guar for the Kings was Buddy Hield, who played at Sunrise Christian Academy in Bel Aire. The former Oklahoma Sooner had 10 points, three rebounds and three assists; his four-point play with 38 seconds to play was a key factor in Sacramento's victory. The Kings (4-4) stopped their three-game losing streak with the win.