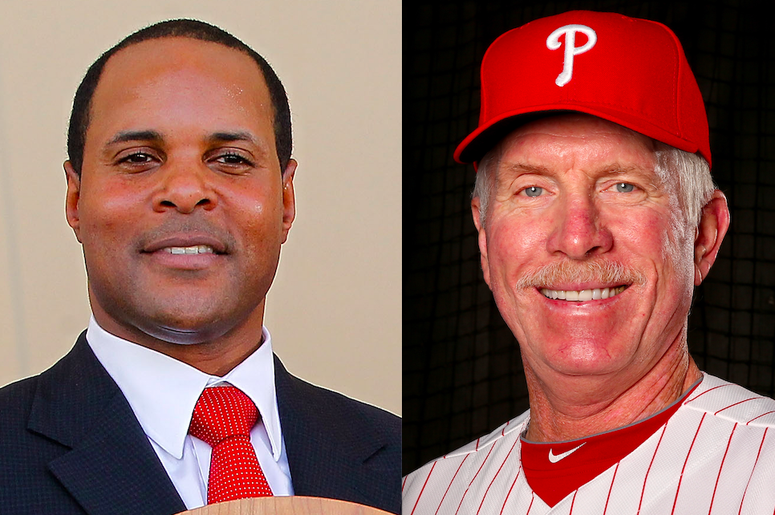 Sports fans generally know the meaning and historical significance of the Cy Young Award. The same goes for the Lombardi Trophy, the Larry O'Brien trophy, the Naismith Memorial Basketball Hall of Fame, and several other important awards and monuments related to American sports. Immediately recognizable sports figures and -- often, but not always -- heroes become the namesakes of these honorable aspects of our beloved pastimes, increasing both the legacy of that figure and the importance of the award.

But if I began talking sports with you and casually brought up the Kenesaw Mountain Landis Memorial Baseball Award, would you have any idea who or what I was talking about? You're more likely to know who than what, as Landis was MLB's first commissioner whose role in the Black Sox Scandal of 1919 set the iron-fist tone for the remainder of his tenure. But the Kenesaw Mountain Landis Memorial Baseball Award is better known as the Major League Baseball MVP Award, given to each league's most outstanding player at season's end.

It's this combination of who and what that doesn't quite sit well with many of the game's former MVPs, including Barry Larkin, Joe Morgan, Terry Pendleton and Mike Schmidt. That's because Landis, like several other executives in sports whose actions and personalities are coming to light due to the recent protests for social and racial equality, has a long and complicated legacy filled with examples of "documented racism," according to what MLB historian John Thorn told Ben Walker of the Associated Press. Thorn additionally added that Landis was "pretty damn near Confederate" when relating his character to some of the other figures whose racist pasts have been illuminated.

His presence on the award is something that Walker says has bothered Larkin and others for years.

"I was always aware of his name and what that meant to slowing the color line in Major League Baseball, of the racial injustice and inequality that Black players had to go through," Larkin said, adding that Joe Morgan had shared Larkin's line of thinking in past chats. Count Terry Pendleton, who brought home the award in 1991 for the Braves, as another of the award's critics.

"I've always thought about that, why is that still on there?" Pendleton said. "No doubt, MVP stands on its own. It doesn't need a name."

Though there is still debate and controversy surrounding Landis' role in determining the league's stance on racism and equality, it is concrete fact that the sport's color barrier was broken after the commissioner's term ended with his 1944 death. However, there is also the oft-cited statement that Landis made in 1942 after Dodgers manager Leo Durocher commented that he wanted to sign black players "if there were no rules against it." To this, Landis responded in a way that seemed to push responsibility off of his shoulders and onto those of the owners.

"Negroes are not barred from organized baseball by the commissioner and never have been during the 21 years I have served," Landis said (via David Kaiser of TIME Magazine). "There is no rule in organized baseball prohibiting their participation and never has been to my knowledge. If Durocher, any other manager, or all of them, want to sign one, or 25 Negro players, it is all right with me. That is the business of the managers and the club owners. The business of the commissioner is to interpret the rules of baseball and enforce them."

If we've learned anything from the past few months of protests, it's that sitting in silence and being a bystander is not the recipe for progress, and by deflecting these responsibilities, you're adding to the problem. Additionally, Landis may have played an active role in preventing the integration of the game, though different sources have different stories. Yes, Landis was like many others of his time. But does this mean we should completely forgive him, and more, even honor him as part of baseball's most prestigious award?

Not according to Larkin, Morgan, Pendleton and Schmidt, and I'd have to assume many others are in the same boat. Schmidt said that Landis "would be a candidate" for someone whose past could be exposed as a way to make fans aware of baseball's long and closeted history of racism.

"Removing his name from the MVP trophy would expose the injustice of that era," Schmidt said. "I'd gladly replace the engraving on my trophies."

Ray Ratto of 95.7 The Game, a RADIO.COM Sports affiliate in the Bay Area, recounted Landis' contributions as "defend(ing) the color line with a racist's zeal" and calls him "objectively far worse than Rob Manfred." And at a time when Rob Manfred is being called the worst commissioner of all sports by many and receiving nearly universal criticism for the way he's performing his job, doesn't it make sense that a departure from Landis' name on the MVP award would be a change for the better?

sports
Casual bettor's guide to NFL conference championships: Brady, Mahomes will prevail
music
Andrea Hall reveals the emotions behind her 'Pledge of Allegiance' on Inauguration Day
music
RADIO.COM's 'Nerd Talk' with Gregr: Discovering Dinosaur Butts
music
Watch 27 drummers come together to cover 'We Are The World' for Inauguration Day
music
'Harry Potter' star Matthew Lewis says it's ‘painful’ to watch himself in the films
sports
Robin Lopez hilariously ripped foul call: NBA 'full of theatrics and thespians… you should all be embarrassed'