Though he was perhaps most well-known initially as an NBA owner that didn't mince words when he saw something he didn't like, Dallas Mavericks' owner Mark Cuban has become one of the most recognizable figures in America.

Cuban initially developed his wealth as the founder of the company MicroSolutions, but has since made a slew of other incredible investments that have skyrocketed his net worth to $4.4 billion.

In January of 2000, Cuban bought the Mavericks for $285 million. Forbes estimated in 2020 that the team is worth $2.4 billion. Additionally, he said in September of 2019 that he owns "close to a billion dollars" in Amazon stock, a company that's reportedly worth $1 trillion. He owned Landmark movie theaters from September of 2003 until December of 2018. And he's of course been one of the investors on ABC's wildly popular program "Shark Tank" for 10 seasons now.

So how does Cuban stack up against his NBA peers? Courtesy of Celebrity Net Worth, here's a look at how much the 25 majority NBA owners whose estimated net worths are publicly available are valued at: 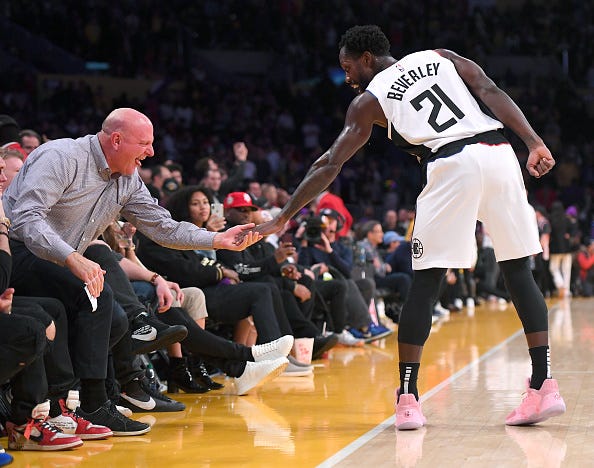 In a League of His Own

Steve Ballmer wasn't the founder of Microsoft, but he was one of the first 30 employees of the company. When Bill Gates stepped aside from his CEO role in the company in 2000, Ballmer replaced him in a position he held until February of 2014. Less than six months later, Ballmer purchased the Clippers for $2 billion after his predecessor, Donald Sterling, was permanently banned from the NBA after racially insensitive recordings of him leaked. Business Insider ranked Ballmer the 11th wealthiest person in the world in 2019. 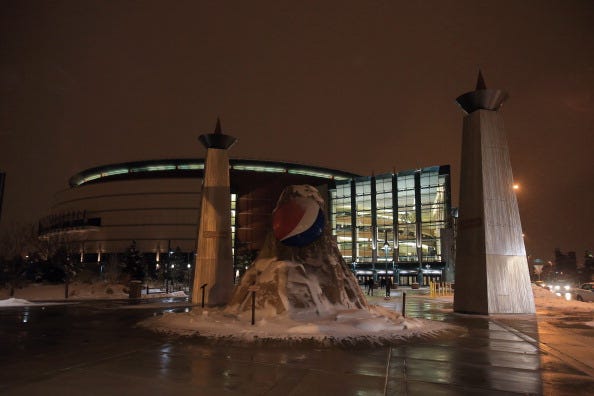 Ann Walton Kroenke is the owner of the Denver Nuggets, and part of two of the wealthiest families in American history. Her uncle, Sam Walton, and father, Bud Walton, were the cofounders of Walmart. Her husband, Stan Kroenke, is worth $7.7 billion and owns Aresenal Football Club and the Los Angeles Rams, among other entities. Walton Kroenke, 71, also owns the Colorado Avalanche. 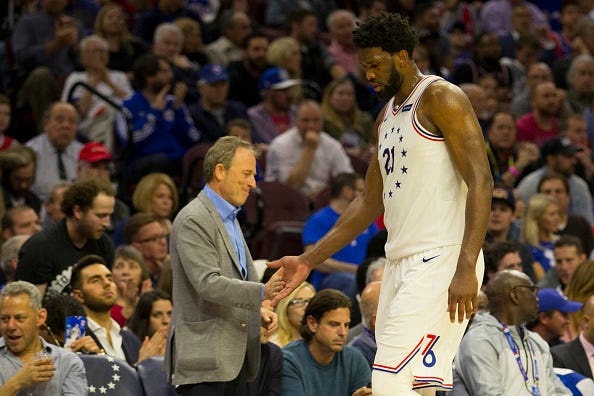 Joshua Harris was one of the cofounders of Apollo Global Management, which he has parlayed into being a multi-billionaire that is the majority owner of the Philadelphia 76ers and New Jersey Devils. David Blitzer, Michael Rubin, Will Smith, Jada Pinkett Smith and Kevin Hart all own varying percentages of the Sixers as well. 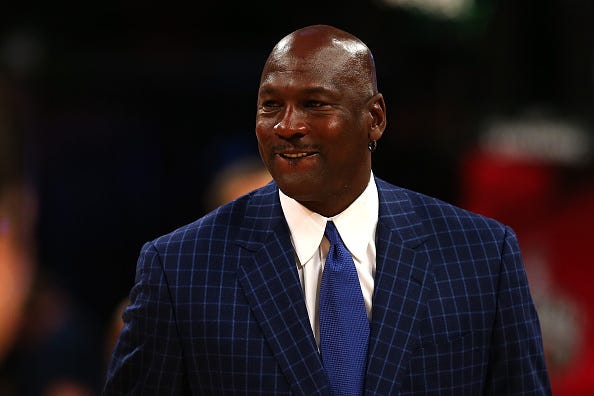 Michael Jordan is the owner of the Charlotte Hornets. Photo credit (Elsa/Getty Images)

His Airness Checks In

Michael Jordan is by far the wealthiest former NBA player, with a net worth more than three times that of Magic Johnson, the second richest former NBA player. Celebrity Net Worth says that he earned $93.7 million during his illustrious NBA career, which is nothing to scoff at. Still, it's nowhere near a couple billion. The way he's leapfrogged his former employer, Jerry Reinsdorf, is by building an unmatched brand that nets him $100 million per year in endorsements per Celebrity Net Worth. A large chunk of that, of course, comes from his Air Jordan Nike brand. The Hornets' franchise - which went by the name "Bobcats" when Jordan bought the team for $275 million in March of 2010 - is also now worth $1.5 billion according to Forbes. 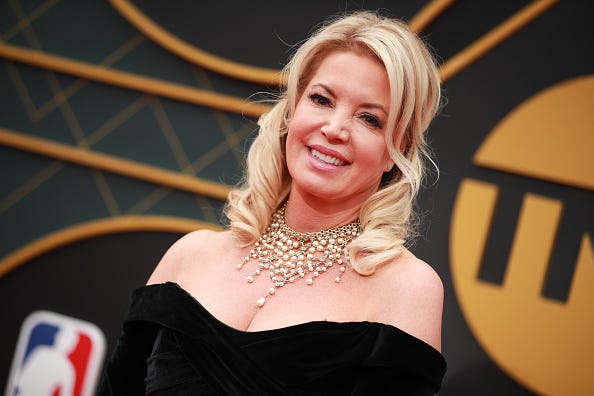 The Lakers won 10 NBA titles under the ownership of the late Jerry Buss. Since his passing in February of 2013, his children haven't been able to emulate that success - although they do appear to be back on track now - and they haven't shied away from conflict in regards to who owns what percentage of the organization. Though Jeanie Buss' older brothers - Jim and Johnny - own percentages of the organization, there's no debate about who is the point person at Buss Family Trusts. Jeanie pushed Jim out as vice president of basketball operations in February of 2017, and was named the controlling owner of the team in a court ruling just over a month later.