President Trump says he recently spoke with some of college football's top figures and encouraged them to forge ahead with the 2020 season despite postponements recently announced by some of the sport's top conferences.

Trump on Wednesday said he has spoken with "a lot of fantastic people" in college football -- including LSU head coach Ed Orgeron and Clemson superstar quarterback Trevor Lawrence.

The president reiterated his support for those inside the game who say they are ready to play this summer and fall, despite concerns about the coronavirus that led the MAC, Big Ten and Pac-12 to suspend fall sports.

Earlier this week Trump responded to a series of Lawrence tweets in which the Clemson QB said many players were safer with their teams than they would be at home. Trump used the #WeWantToPlay hashtag that had gained some traction on social media over the weekend with the support of several student-athletes, including Lawrence and Ohio State quarterback Justin Fields. 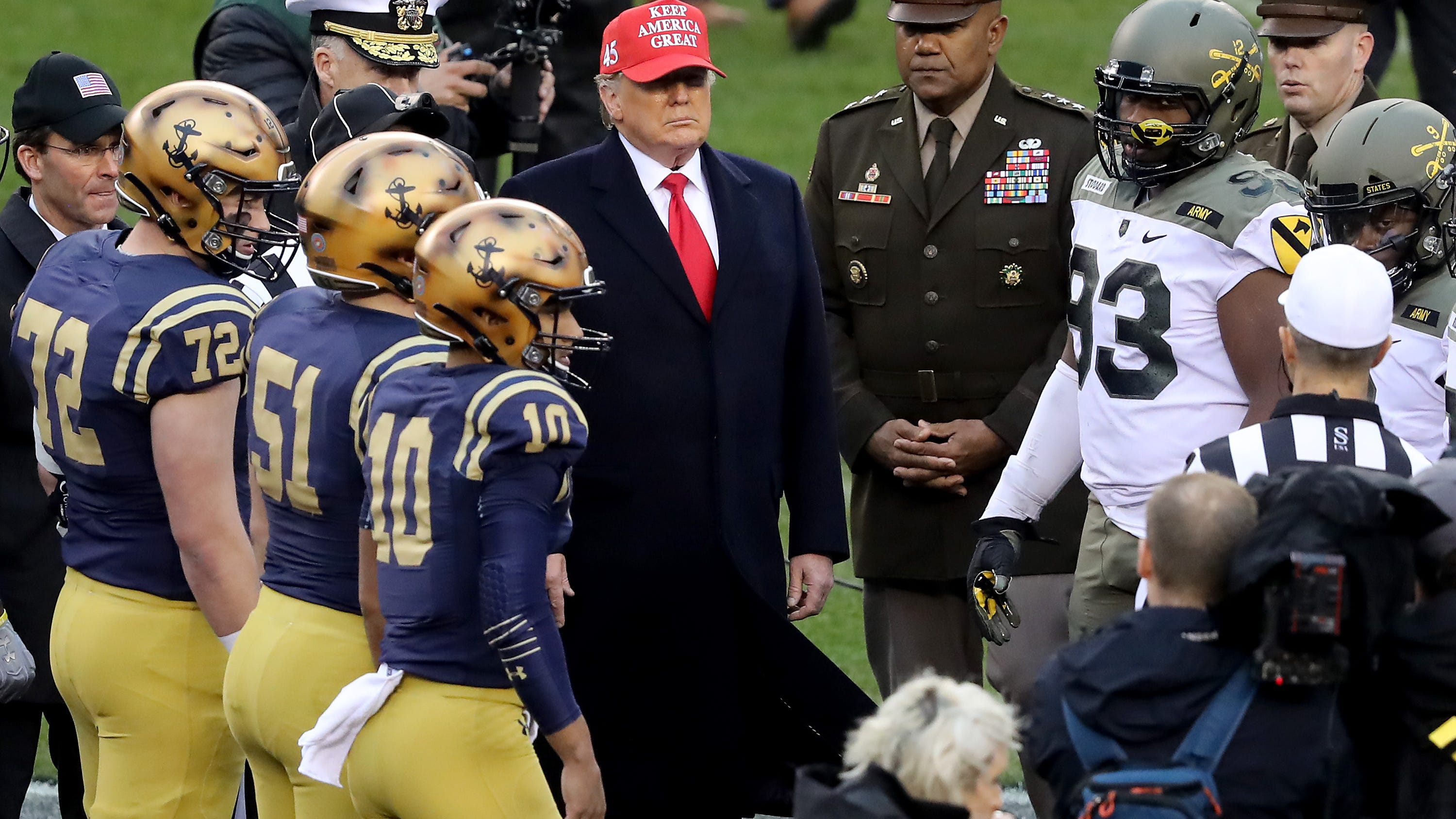 Trump Weighs In on College Football with Season in Jeopardy

Orgeron, the coach of the reigning champion LSU Tigers -- who defeated Lawrence and Clemson in last season's national title game -- has maintained that his team is preparing to play on Sept. 26. The SEC, long the most prominent and powerful of college football's conferences, along with the Big 12 and ACC said on Wednesday that it was still hoping to hold its season.

SEC Commissioner Greg Sankey said Wednesday that the conference's plans were unchanged for the fall season.

news
WATCH: SpaceX Starship lands upright, then explodes in latest test
sports
Mississippi nearing ban on transgender athletes in women's sports
sports
California on track to have fans in stands at Opening Day, Gov. Newsom says
music
7 current artists contributing to the rise of Hyperpop
music
Meghan Markle is ‘saddened’ by ‘attack on her character’ after being accused of bullying royal staff
music
10 most memorable music moments from ‘Grey’s Anatomy’