The 76ers are in a pretty good place right now, and it hasn't taken too long for Doc Rivers and Daryl Morey to get them to this position.

But before these two came into the building, along with new additions Seth Curry, Danny Green, Dwight Howard and Tyrese Maxey, it was a long process. It was the process. And it featured dozens of different players of varying ages, positions, skill levels and importance to the overall formula of success that has culminated (hopefully) in a truly threatening title contender in 2020-21.

But what of all the pieces that are not still with the team but can still be seen in a plethora of different uniforms around the association. Though many Process-era Sixers — the Hollis Thompsons, Tony Wrotens, Royal Iveys, Spencers Hawes...es and more — are out of the league, retired from basketball all in all, or just haven't stepped foot on the floor in the 2020-21 season, there are still a solid handful of players who we still watch. They range from stars to bottom-of-the-bench role players, but they all carry that one common thread.

All of these guys can be considered Process-era, which I mark as having played for the 76ers at some point from the 2013-14 season to the 2018-19 season. Who this list won't contain are well-known names like Jrue Holiday and Al Horford, seeing as they came before and after the Process years, respectively. In addition, there aren't any mentions of guys like Nik Stauskas or Tim Frazier — it's not that we are ignoring them, but they haven't logged any playing time so far this year.

All stats retrieved from Basketball Reference. 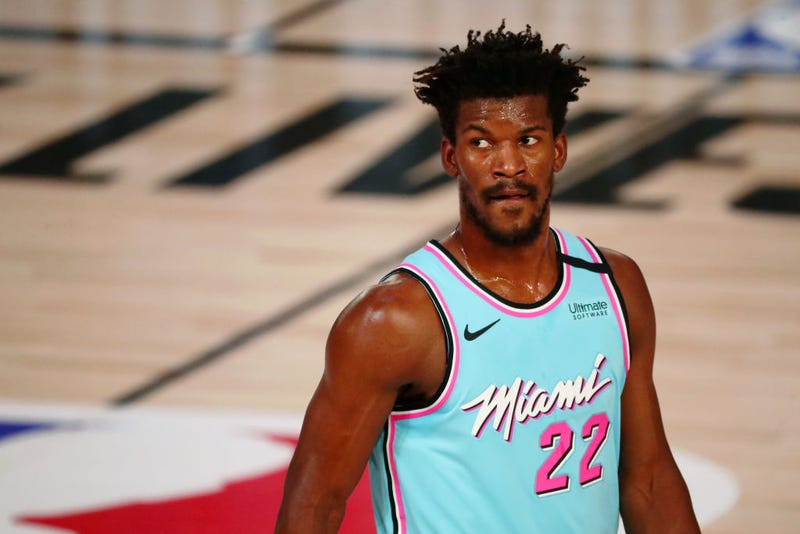 Last year, he probably deserved a tier to himself, but we're still waiting on that for the 2020-21 campaign. 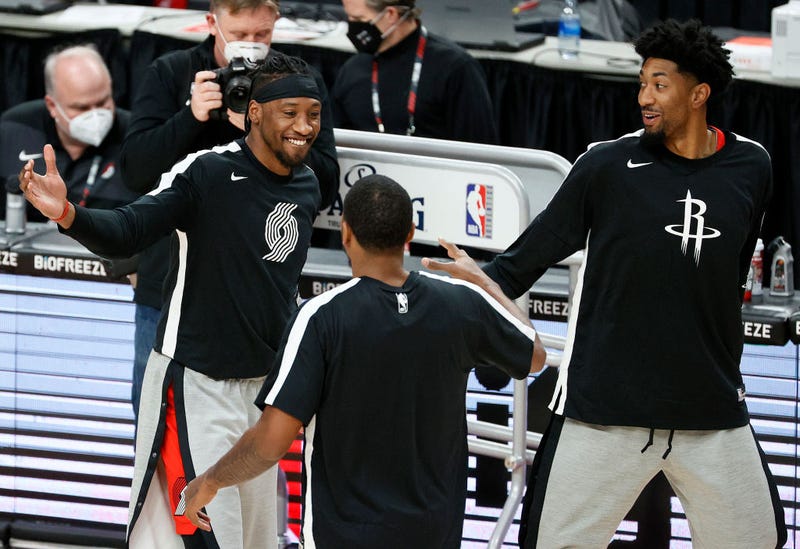 Robert Covington, Portland Trail Blazers: 6.6 points, 5.5 rebounds, 1.6 assists, 1.5 steals, 0.5 blocks, .367/.324/.833
The face that comes into mind when someone mentions "three-and-D," RoCo persevered through the lowest of the low for the Sixers, finishing near the top of the team for many statistics during the 10-72 season back in 2015-16. He's bounced around quite a bit since his Philly days, playing in Minnesota for parts of two seasons, going to Houston for the second half of 2019-20, and beginning his eighth year in the league with the Portland Trail Blazers as a starting forward.

Markelle Fultz, Orlando Magic: 12.9 ppg, 3.1 rpg, 5.4 apg, 1.0 spg, 0.3 bpg, .394/.250/.895
As much as it hurt to see Fultz play well for the Orlando Magic after becoming one of the biggest busts in franchise history for the Sixers, it hurt even more to watch his breakout season end on a sour note. The 22-year-old talent tore his ACL this week and will miss the remainder of the season, but it's looking as though he has figured out his game at an NBA level.

Wood played all of 17 games for the 76ers, averaging only 3.6 points per game on just 8.5 minutes of action per night. 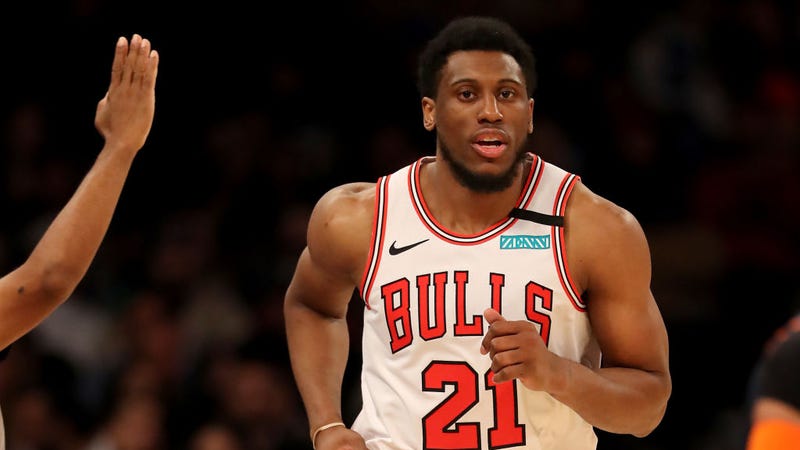 Timothe Luwawu-Cabarrot, Brooklyn Nets: 8.9 ppg, 2.3 rpg, 1.0 apg, 0.7 spg, 0.2 bpg, .453/.357/1.000
A 2016 first-round pick for the Sixers, TLC has developed into a solid if unexceptional role player for the Nets on both sides of the floor. His performance against Philly on Thursday was a perfect representative of that — nine points, four rebounds, three steals, one assist and one block off the bench.

Oh, and he's got a pretty awesome podcast here on RADIO.COM.

Dario Saric, Phoenix Suns: 11.3 ppg, 4.5 rpg, 1.0 apg, 0.5 spg, 0.0 bpg, .516/.438/.857
Saric is an extremely efficient scorer, with two straight 15-point games in around 17 minutes each time. The amount of playing time he gets is a testament to the depth that the Suns have in their second unit, with names like Cameron Johnson, Cameron Payne and Jevon Carter all pitching in with meaningful minutes. 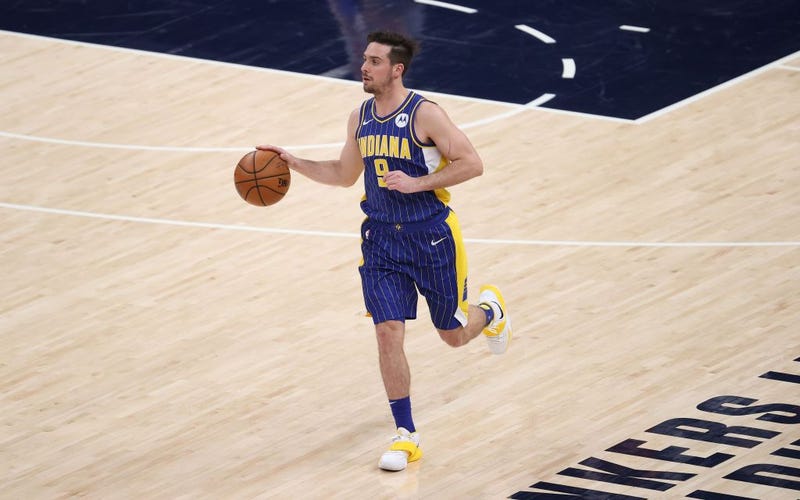 Michael Carter-Williams, Orlando Magic: 5.1 ppg, 5.1 rpg, 1.7 apg, 0.6 spg, 0.6 bpg, .341/.083/.833
Whether he's deserving or not, Markelle Fultz's injury has thrust MCW into a bigger role with the Magic. He started when Evan Fournier was injured, as well, and his size and combo guard abilities come in handy... though he's not doing things he did to start his stint a Sixers uniform.

Michael Carter-Williams made history in his NBA debut 👀 pic.twitter.com/PUoSIKmaf2

T.J. McConnell, Indiana Pacers: 3.6 ppg, 2.9 rpg, 4.4 apg, 1.5 spg, 0.0 bpg, .538/.000/.500
McConnell eats up some good minutes for the Pacers and is a versatile guard to back up Malcolm Brogdon. He becomes an unrestricted free agent after this season and should remain an affordable hustle player that helps wherever he's needed.

JaVale McGee, Cleveland Cavaliers: 9.3 ppg, 6.6 rpg, 1.2 apg, 0.8 spg, 0.9 bpg, .493/.444/.545
What's more surprising — the fact that McGee played for the Sixers at all or the fact that he's taking one three-pointer per game this year? Both are true. McGee had a six-game stay in Philly at the end of 2015 before continuing his journeyman career. He was the starting center for the NBA champion Lakers last season, and is now a backup for the Cavs... go figure.

Landry Shamet, Brooklyn Nets: 4.6 ppg, 1.3 rpg, 0.7 apg, 0.7 spg, 0.1 bpg, .308/.267/.900
The Nets are Shamet's third team in three seasons, and he has his smallest role yet — to this point — despite an injury to Spencer Dinwiddie early in the season. The Sixers got a taste of their former first-round sharpshooter on Thursday night, though he wasn't one of the key parts of Brooklyn's surprising blowout. 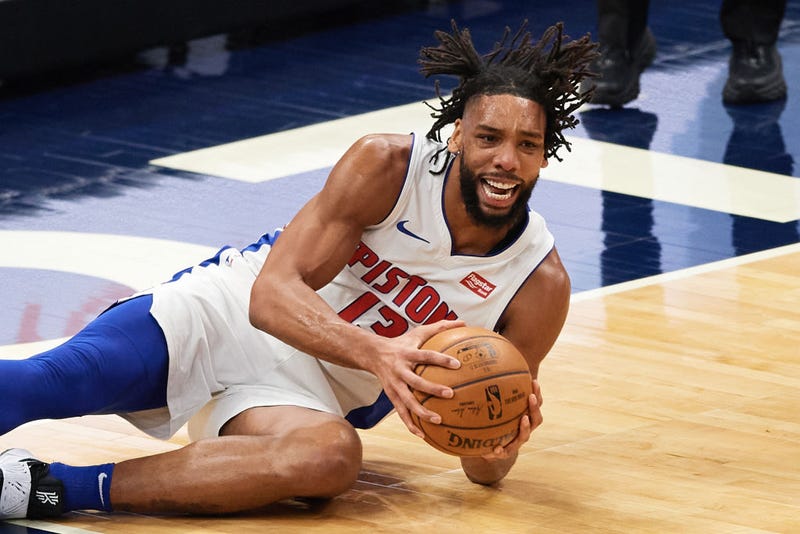 Boban Marjanovic, Dallas Mavericks: 6.0 ppg, 3.2 rpg, 0.0 apg, 0.0 spg, 0.0 bpg, .667/.000/.500
Everyone loves Boban. He's the most famous player of such little impact, outside of names like Brian Scalabrine and similar cult heroes throughout the NBA. Bobi cemented his celeb status in the bubble and remains one of Tobi's best friends.

Jahlil Okafor, Detroit Pistons: 5.6 ppg, 3.4 rpg, 0.4 apg, 0.0 spg, 0.2 bpg, .667/---/---
In the same offseason as the Pistons handed Jerami Grant quite the lucrative contract, they signed Okafor on for two years at the minimum amount. For a former No. 3 overall pick, this is pretty far down the list of possible career trajectories.