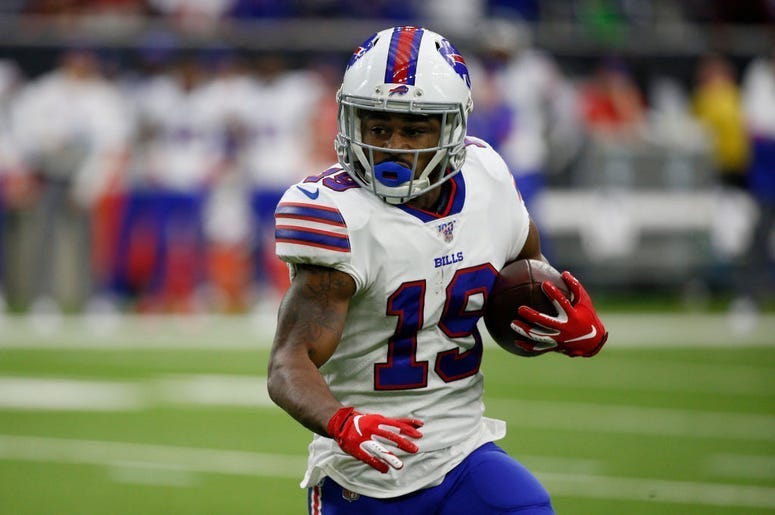 The agency that represents Isaiah McKenzie has tweeted that the wide receiver will be returnig to the Bills.

McKenzie was scheduled to become a Restricted Free Agent last week, but to retain his rights in that scenario, the Bills would have had to pay him at least $2.133 million, the lowest tender possible, which would have also allowed them the right to match any offers from another club or receieve a fifth-round pick in return. By not tendering him a qualifying offer, McKenzie became an Unrestricted Free Agent, able to sign with any club with no compensation for the Bills. It also allowed the team to re-sign him at a lower, negotiated price. The team has not confirmed the signing yet.

McKenzie's 27 catches for 254 yards was third-most for any wide receiver on the team in 2019. He was also used on several jet sweeps, totaling eight carries for 49 yards. He entered the league as a fifth round pick out of Georgia by the Denver Broncos in 2017, then claimed off waivers by the Bills in November of 2018.