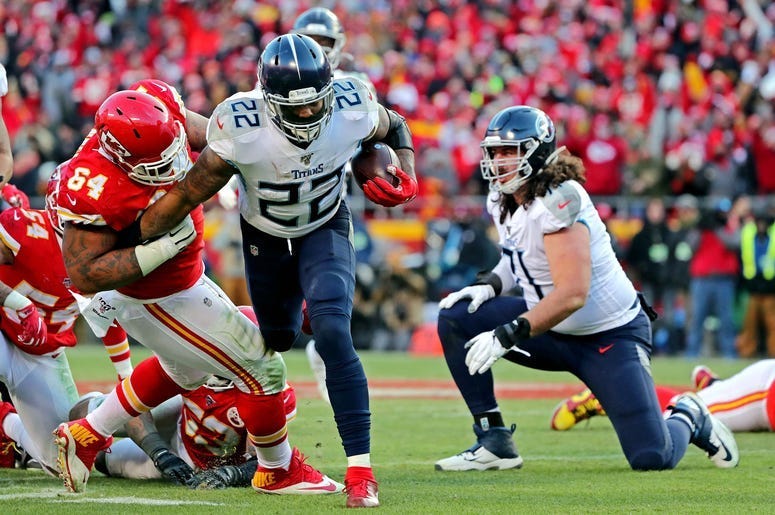 You may have heard Monday about somebody somewhere drafting Buffalo Bills backup quarterback Matt Barkley in something.

I don't know the details on the somebody or the somewhere, and I presume whoever he or she is was allowed to trade in the Bills' Barkley for Saquon, of the New York Giants. The something, however, I can speak to.

Scott Fish lives in Minnesota and has been playing fantasy football since 1992. He built Fantasy Cares (fantasycares.net), whose mission is to raise money for charity -- particularly buying toys for kids around the holidays. The SFBX is a "pro-am" league with 120 divisions of 12, or 1,440 teams. There is no entry fee and it's invitation only. Prizes exist through donations, and likewise players are encouraged to donate. (One way to do so is to buy T-shirts from Rotowear.com; I've bought two each of the last two years and they're great.)

I'd had Scott on our WGR show once two years ago. I was caught off guard last spring when he messaged me to ask if I'd applied for his league. I hadn't but after hearing from him I quickly did so, and I was invited. My team went a respectable 9-3 before losing in a playoff.

This year's draft -- more accurately "drafts", as there are 120 going on simultaneously in this one league -- began Monday morning. I didn't pick either of the Barkleys. For those interested, here's who I did pick, from the 1.09 position. I'll update it every day or two as all 22 rounds play out.

I really like spot 1.09. I don't have quite the pressure they do at the top of the round, where you really have to pick Christian McCaffrey, Barkley and Ezekiel Elliott. There are great options at pick No. 9: "bell cow" running backs, at worst the second wide receiver (behind Michael Thomas), and if so inclined the top quarterback or tight end. SFBX is a Superflex league, which means you can start two quarterbacks, and in this case it meant that Patrick Mahomes and Lamar Jackson (my two quarterbacks in SFB9) were off the board by the time it came to me.

I went Henry over Dalvin Cook, who has slightly slipped in drafts since it was reported that he plans to hold out. Cook represents high upside and perhaps good value -- as long as he plays, that is. I want for my team safe running backs with no questions about volume, and Henry fits that description as well as any player. And you want to know what you know, which in this case is that Henry has the same quarterback and coaching staff as in 2019, when he was the NFL's rushing leader. Lastly, SFBX awards .5 points for first downs. Because of that I would have picked Henry over Alvin Kamara, but Kamara went anyway at 1.08.

This will look like an odd pick to players who are used to conventional scoring. SFBX gives .5 points for pass completions and docks you a point for incompletions. The big loser in this format at that position is Josh Allen, because of completion percentage. The big winner is Brees. I love the work FootballGuys.com does in helping you negotiate drafts. On that site Brees was rated the eighth overall player. I decided to forgo Brees at that early spot, thinking he'd be available at 2.04, which he was. My second choice was the Las Vegas Raiders' Josh Jacobs, who ended up slipping to pick 3.01. Nice for the guy in that spot.

Evans and teammate Chris Godwin were FBG's top two suggested picks here. Both are outstanding receivers. It came down to that I have Godwin on a lot of other teams. To me they're about equal and that was the difference.

Plain and simple, this was roster-build strategy at work. Godwin was still available here and I hated passing him up. Maybe it doesn't have to be such a bad idea to pair receivers from the same team, but it seems not ideal.

I wanted a running back because I don't think at pick 5.09 there will be one I can count on to play the majority of his team's snaps. I chose Carson over James Conner. It was close as both guys present injury concerns. Going back to "knowing what I know", Seattle has shown to be partial to Carson -- and except for some fumbling issues Carson has earned that. He's underrated in my opinion. Seattle did sign Carlos Hyde but I see that more as insurance for if Rashaad Penny can't get healthy than as a threat to Carson. Carson over Godwin, Conner and even Kenny Golladay is what I'd call my first gamble of this draft.

music
Cardi B asked the internet for acne advice, and they came through
music
‘Law & Order’: Mariska Hargitay shares pic with Christopher Meloni on spinoff set
music
Justin Bieber shares pics from the studio as he readies new album
sports
Florida petitions to host 2021 Olympics if Tokyo backs out
sports
College basketball bet of the day for Wednesday, January 27: Take Providence to cover at home
music
Brett Young announces baby number two is on the way