The Buffalo Bills are looking for their first playoff victory since 1995 when they take on the Indianapolis Colts on Saturday afternoon in the AFC Wild Card Round.

In order to get the win, here are my three keys to the game, plus notes and stats:

The Colts will bring the 11th-best rushing attack in the National Football League to Orchard Park on Saturday. They’re averaging 124.8 yards per-game.

Rookie running back Jonathan Taylor has been one of the best backs in the league over the last half of the season.

The Bills run defense has not been as stout as they’d like through much of this year, averaging 119.6 yards per-game allowed on the ground, which ranks 17th in the league, and ranking 26th with allowing 4.62 yards per-carry.

They’ll have to be better than that to not allow the Colts to get going. Indianapolis will not only try to use the run game to their offensive advantage, but for their defense, as well, by grinding out the clock and keeping the Bills' offense off the field.

From the moment the season started, the Bills threw the ball, threw it some more, and continued throwing it. They’ve been great at doing it.

That’s why they finished the season tied as the second-best passing offense in the entire league, and with a quarterback who earned Second-Team All-Pro honors.

As good as the Colts have been stopping the run on defense this season, they’ve had some issues against the pass, ranking 20th in yards per-game allowed, giving up 241.6 per-game. They ranked 19th in yards per-play allowed at 6.88.

There’s no reason for the Bills to get out of character in this one. Just keep doing what they’ve done. Spread the field and attack through the air.

Colts quarterback Philip Rivers has had a very nice first season in Indianapolis.

When many thought he didn’t have much left, he showed back up in Indianapolis and had a very efficient season. He ranked eighth in the NFL with a 68% completion rate, and threw for 4,169 yards, which was good for 10th in the league.

However, at 39-years-old, he doesn’t have quite the arm strength he used to, and the Colts like to use a shorter passing game. In fact, the average length of passes from the line of scrimmage to Rivers’ target this season is 7.15 yards. That's ranked 10th-lowest amongst all qualifying quarterbacks. They love to throw to their running backs and tight ends and then let them run with the ball in their hands. That’s why the Colts are averaging over 6.0 yards after the catch, second-best in the NFL. Rivers gets rid of the ball quickly to his pass catchers.

The Bills' challenge on Saturday is to not let receivers get open early, make sure they cover those backs and tight ends, and make tackles against them in the open field when they do catch passes. 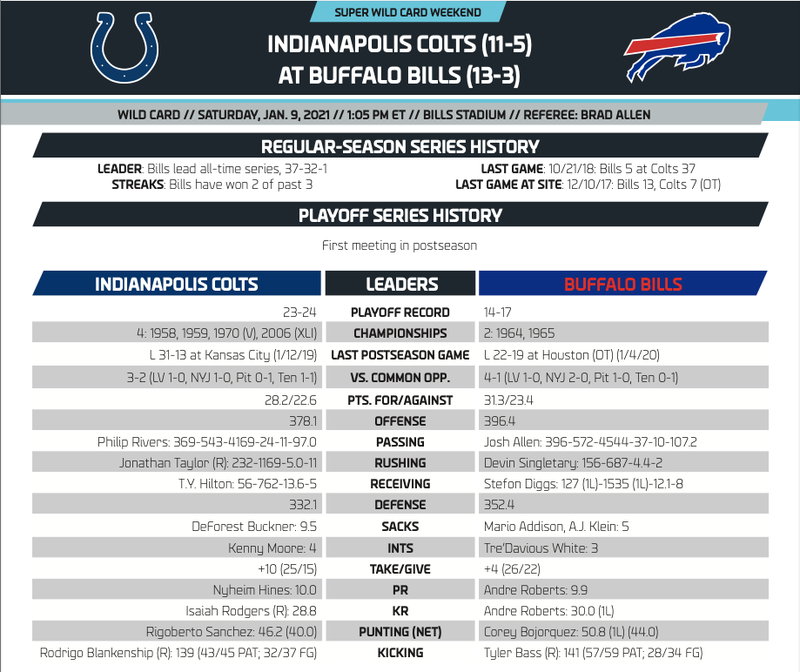 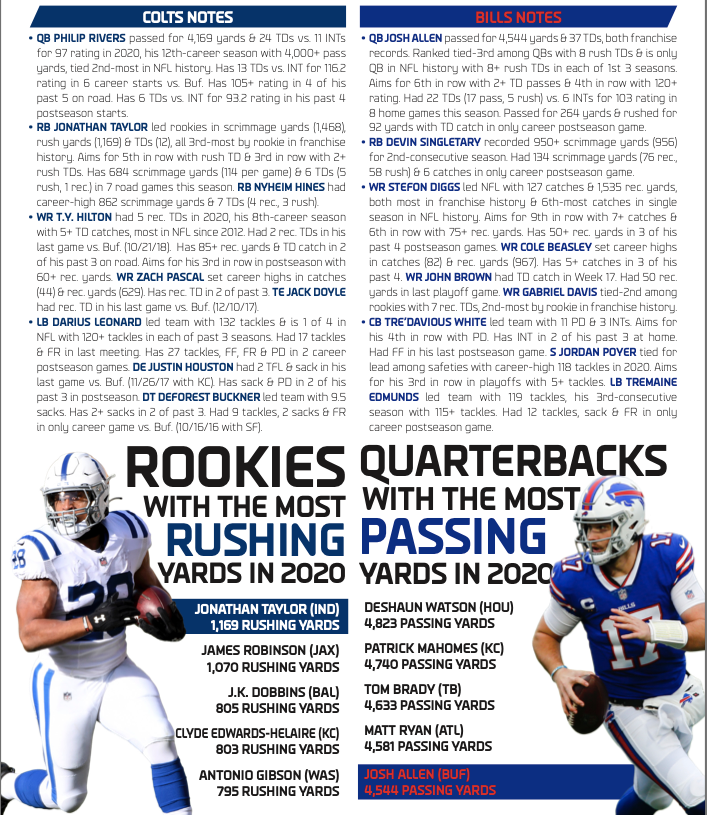