Following a two-week pause on the 2020-21 season due to a COVID-19 outbreak in Buffalo, the Sabres are back to game action and now 12 games into their 56-game campaign.

Most of Buffalo's East Division rivals are slightly ahead of schedule, given that most of the teams did not have to battle their own COVID-19 issues. Regardless, it’s a good time to take stock of how the Sabres’ new division is shaping up.

As a reminder, the top-four teams in the division will make the playoffs and battle each other in the first two rounds to see who gets to advance to the final four against the other three division winners.

Here are our East Division power rankings a quarter of the way through the season: 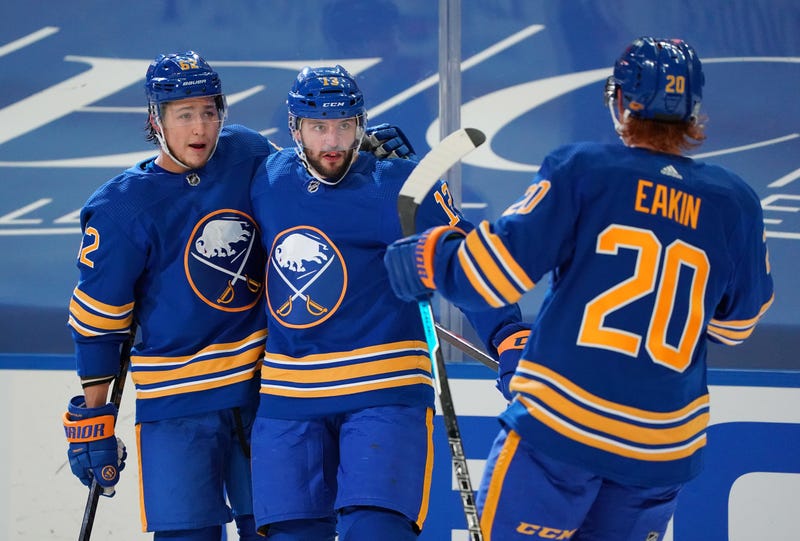 8.) Buffalo Sabres (4-6-2)
Whatever optimism the free agent signing of Taylor Hall generated this offseason is quickly evaporating, as it looks like the Sabres could be heading towards a 10th-straight season of missing the playoffs, and another year of frustration for star center Jack Eichel. They returned from their two-week COVID-19 layoff to get swept by the Islanders, and outscored 6-1 in two games. They’ve now lost four of their last five games overall. They have been dreadful at 5-on-5, as they are last in the NHL in 5-on-5 goals scored (15 in 12 games), and second-to-last in goal differential (36.6% goal share). Hall has scored just one goal so far, none at even-strength. A 30.2% power play (fifth in the NHL) has spared them further disaster. 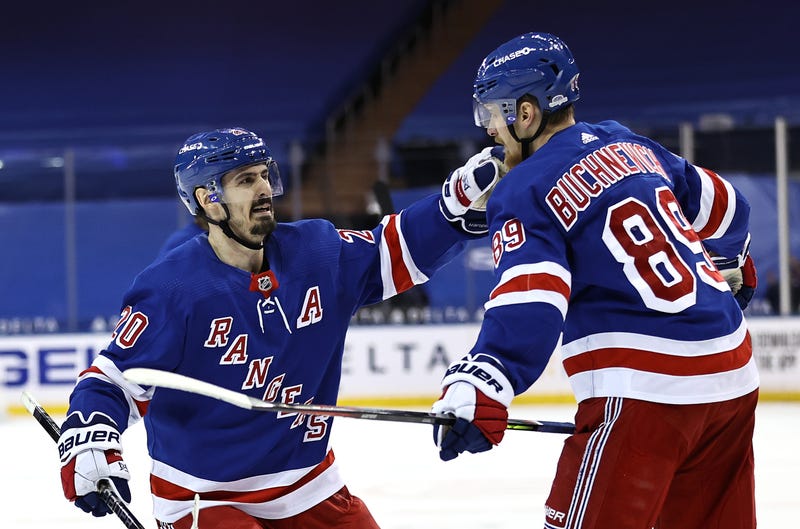 7.) New York Rangers (4-7-3)
The Rangers are actually behind the Sabres in points percentage, and there’s certainly a case for putting them last, especially since they’ve lost four in a row. But those last two losses came without Artemi Panarin (who is expected to return Thursday night against the Flyers), and they’re a completely different team without him, especially since they’re still waiting for other forwards to get going. Mika Zibanejad, who had 75 points in 57 games last season, has just three in 14 so far this year. 2019 second overall pick Kaapo Kakko also has three points so far, and 2020 first overall pick Alexis Lafreniere has just one. For now, the Rangers remain more of a team of potential looking to the future than one that’s ready to compete this season. 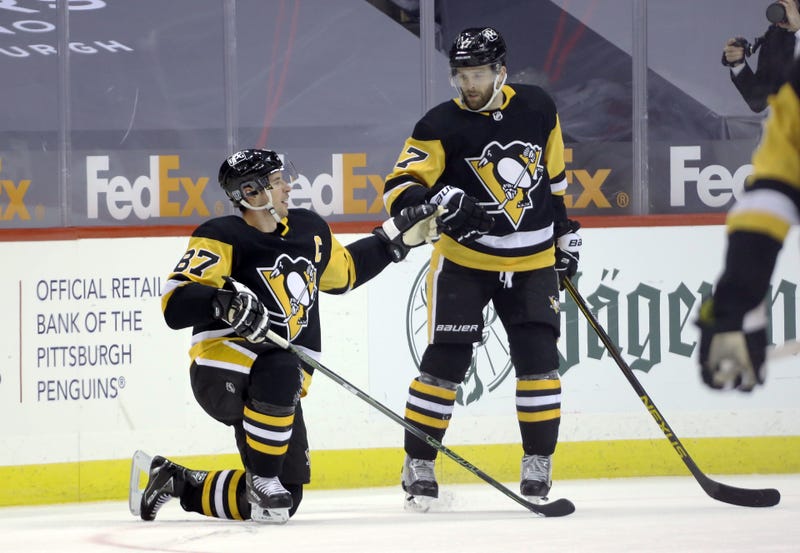 6.) Pittsburgh Penguins (7-6-1)
While there was talk this offseason about the Bruins’ Cup window (which appears to still be open), the bigger “Cup window” talk around the league is about the Penguins, with TSN’s Darren Dreger even recently entertaining the idea of a Sidney Crosby trade if Pittsburgh misses the playoffs this season. Trading Crosby seems extremely unlikely no matter what, but missing the playoffs looks very possible. Crosby is still very good, and his line with Jake Guentzel and Bryan Rust has been great. However, Evgeni Malkin is off to a slow start, there’s not enough depth up front or on defense, and the .879 goaltending they’re getting from the combination of Tristan Jarry and Casey DeSmith is a death sentence. 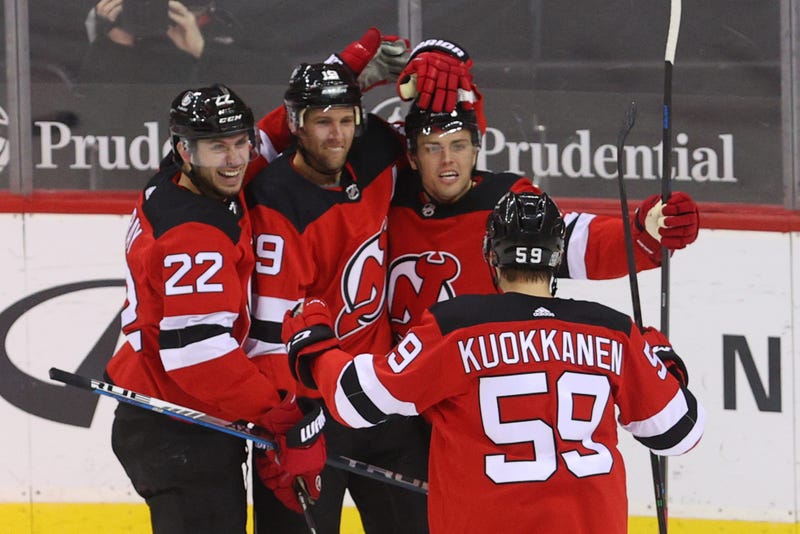 5.) New Jersey Devils (5-3-2)
The team that just about everyone had pegged for last in this division has turned out to be, arguably, the biggest surprise. The Devils are right in the middle of the playoff race so far, and just returned from their two-week COVID-19 hiatus with a 5-2 win over the Rangers. Mackenzie Blackwood has been a stud in goal when healthy, with a .948 save percentage and 3-0-1 record in four games. 2019 first overall pick Jack Hughes has taken a big step forward in his second season, although he had slowed down a little just before the layoff. The Devils have the third-best 5-on-5 goal differential in the NHL (61.8% goal share), and the Bruins saw first-hand earlier this season the problems that their speed and net-front drive can cause. Special teams are an issue, though, as New Jersey is 25th on the power play (14.3%) and dead-last on the penalty kill (67.7%). 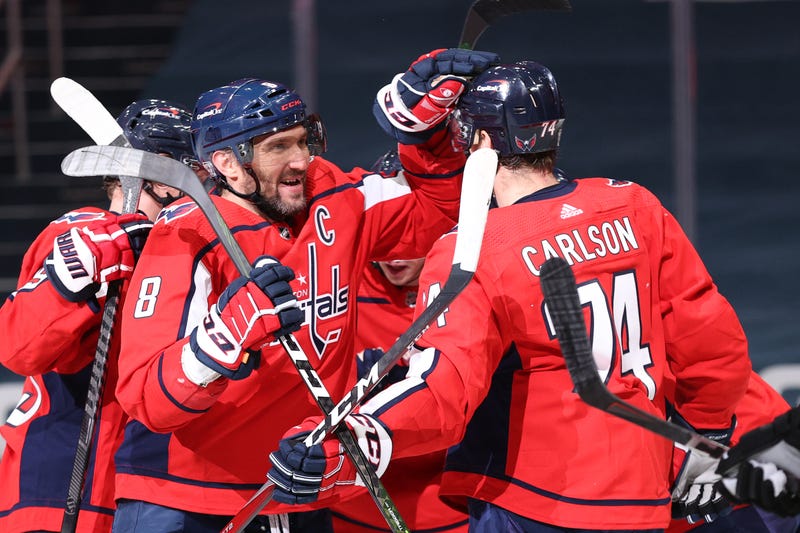 4.) Washington Capitals (7-4-3)
The Capitals snapped a four-game losing streak with a 3-1 win over the Penguins on Tuesday night, but we’re going to need to see them string together more games like that before we start feeling good about them again. That losing streak was bad, especially defensively, as they gave up 22 goals in the four games. Their two-game series against Boston a couple weeks ago (which saw them blow a pair of 3-0 leads) was kind of a perfect summary of this team - they’ll score (seventh in the NHL with 3.50 goals per-game), but they’re also going to give up a bunch (27th with a 3.57 goals-against average per-game). Zdeno Chara has been solid - arguably their best defender - but he’s no longer surrounded by a bunch of other good defensive players like he was in Boston. Vitek Vanecek has been up-and-down as their default No. 1 goalie, but they could desperately use a full-strength Ilya Samsonov, who is working his way back after missing the last month with, what sounds like, a fairly serious bout with COVID-19. 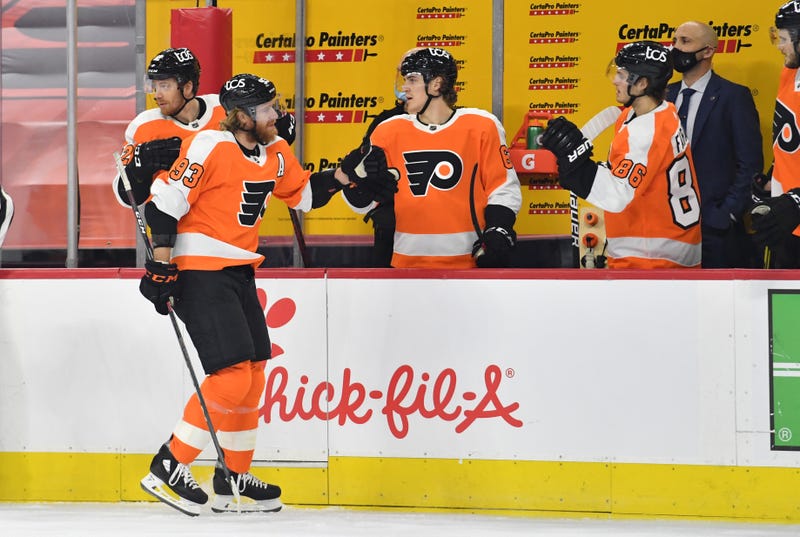 3.) Philadelphia Flyers (8-3-2)
The surface-level numbers are encouraging enough: .692 points percentage, plus-5 goal differential, fourth in the NHL in offense with 3.54 goals per-game. The underlying numbers are highly concerning, though. The Flyers take the fewest shots on goal of any team in the NHL by far (23.7 per-game) and they give up the second-most (33.2 per-game). They are last in the NHL in Corsi (44.5%) and 26th in expected goals-for percentage (46.8%). Their 70.5% penalty kill is third-worst in the league. Their league-best 12.5% shooting percentage at 5-on-5 seems extremely unsustainable, given that the league average is usually under 8% and league-leaders are usually around 9%. Either the Flyers are just about the greatest collection of shooters ever assembled and find a way to survive playing like this, or they’re in trouble once the puck stops jumping in the net and need to start playing better all-around hockey. 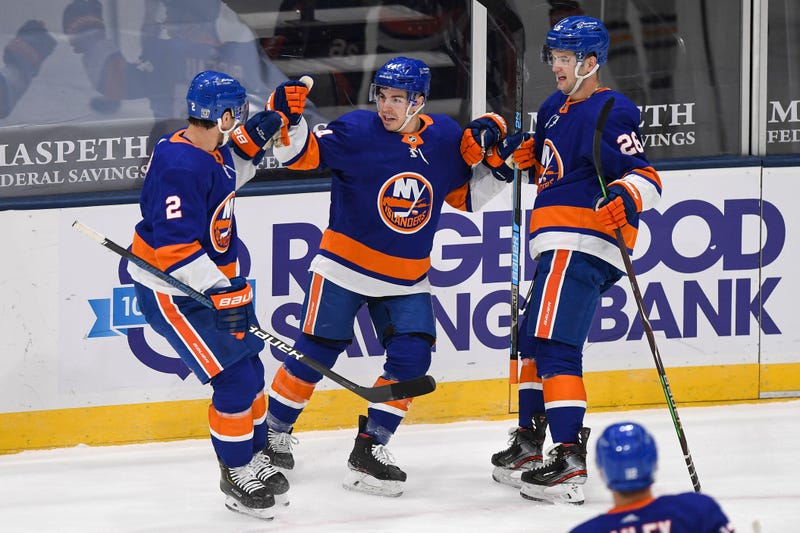 2.) New York Islanders (8-4-3)
The Islanders have clearly been the toughest test for most teams in the division so far this season. New York is a good team with fewer weaknesses than the six teams below them in these rankings. They’ve bounced back from a five-game losing streak to win five of their last six games. As is usually the case with a Barry Trotz-coached team, they’re one of the best defensive teams in the NHL, ranking fourth in goals-against (2.20 per-game) and shots-against (27.4 per-game). Semyon Varlamov is off to a Vezina-caliber start in net with a .931 save percentage and 7-2-2 record. They’re not the most dynamic team offensively (23rd with 2.53 goals per-game), but they weren’t last year either and they still ended up in the conference finals, because they play a style that can translate to playoff success. 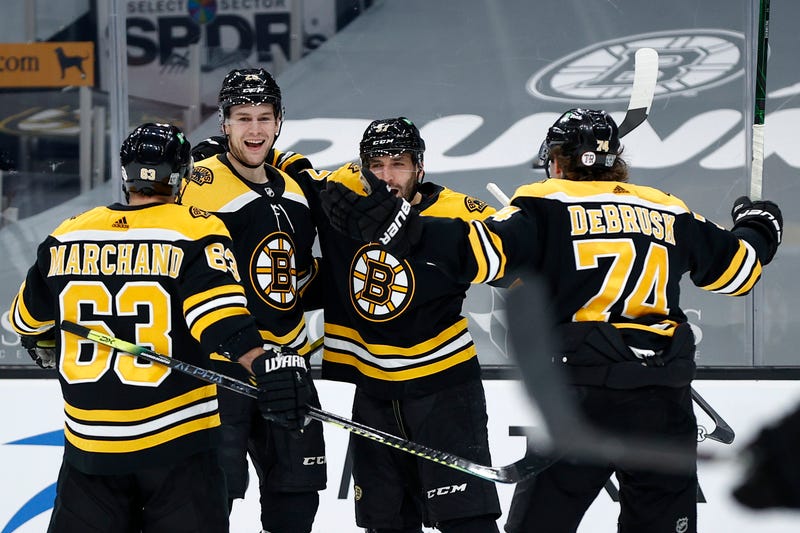 1.) Boston Bruins (10-2-2)
Reports of the Bruins’ demise were greatly exaggerated. They currently have the best record in the NHL, they have a three-point lead in the division with a game in-hand on the Islanders, and their plus-12 goal differential is seven goals better than anyone else in the division. They were riding a five-game winning streak and 10-game point streak prior to their loss to the Islanders on Saturday. Their new-look defense has more than exceeded expectations, as they’re giving up the second-fewest goals in the NHL (2.14 per-game) and the fewest shots on goal (25.4 per-game) and rank second on the penalty kill (88.0%). The Bruins also rank third in Corsi (54.8%) and eighth on the power play (27.3%). Brad Marchand, Patrice Bergeron and David Pastrnak are off to predictably great starts, and Charlie McAvoy is playing at a Norris Trophy level. The one weakness, so far, has been 5-on-5 scoring, where Boston ranks 29th with 1.89 goals per-60 minutes. But the fact that they’re fifth in 5-on-5 shot attempts (57.1 per-60 minutes) offers some reason for hope there. They do have to be more dangerous in the offensive zone, but there’s also been some plain-old bad luck that’s contributed to their 6.1% shooting percentage at 5-on-5, which is third-lowest in the league.