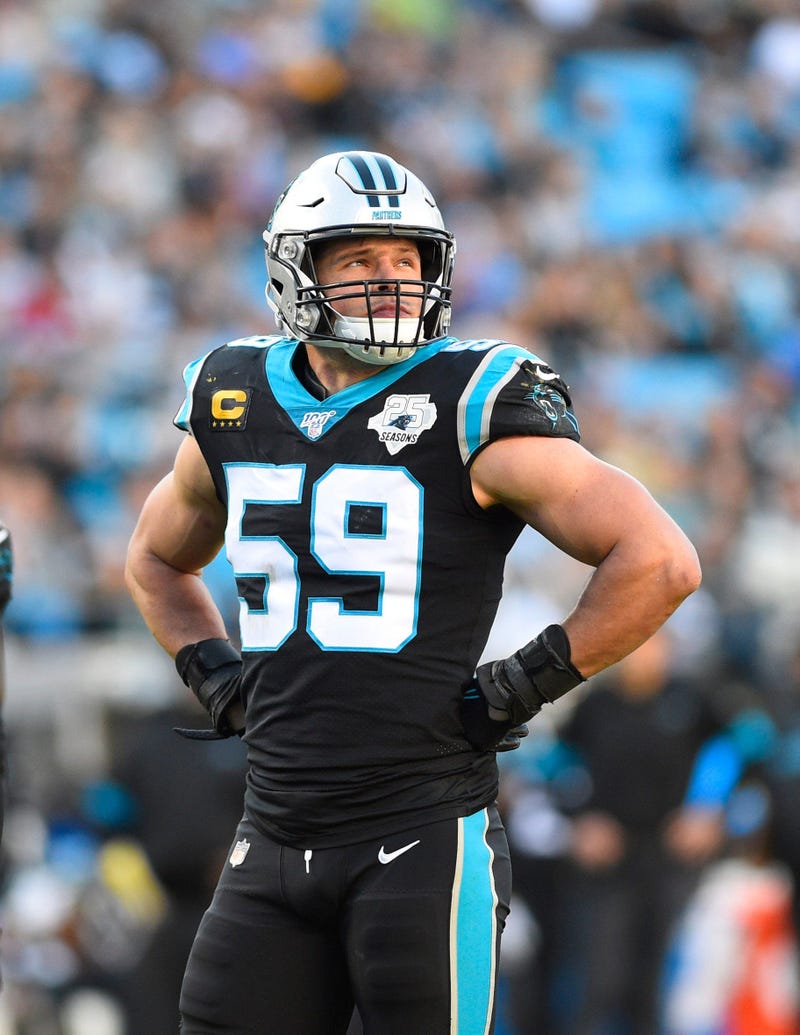 Carolina Panthers linebacker Luke Kuechly is retiring after eight seasons, announcing in a video posted on the team's website that he feels now is the right chance to move on.

Kuechly was selected to seven Pro Bowls and was a first-team All-Pro five times.

However, he suffered three concussions during his career, which may have led to his decision.

"I've been fortunate enough to have the opportunity to play this game since I was in fourth grade. I've been with the Panthers now for eight years.
It's never the right time to step away, but now is the right time for me.
It's a tough decision. I've thought about it a lot and I think now is the right chance for me to move on. It makes me sad because I love playing this game.
I've played it since I was a little kid. It's my favorite thing in the world to do.
The memories I have from this place and organization and playing on the field with these guys…they'll never go away.
Sitting right now in the linebackers room and the amount of memories I've had in this room alone could fill a book.
These are the best times of playing. Obviously, on the field is awesome, but some of the best times of playing this game are behind the scenes in the locker rooms, in the meeting rooms, on the busses, traveling to games.
You can't replicate that anywhere else and that's why this is so hard to do, to move on in a different direction.
But in my heart, I know it's the right thing to do. It's hard, but that's why you play this game to form relationships and if you form strong relationships, they never go away.
It's hard, but I hope to still be involved in some way.
The biggest thing right now is to thank the people that helped get me there from the coaches and the players to Coach Rivera to Marty to Mr. Richardson for bringing me in and Mr. Tepper now.
This decision has nothing to do with new coaches and Coach Rhule. He's going to do a fantastic job.
His track record is proven. But for me, now is the right opportunity to move in a different direction.
There's only one way to play this game, since I was a little kid, is to play fast and play physical and play strong.
At this point, I'm not sure if I'm able to do that anymore.
That's the part that is most difficult. I still want to play, but I don't think it's the right decision.
I've thought about it for a long time and I think now is an opportunity to step away with what's going on here.
We have a really good linebacker room, I think Shaq and those guys are going to do a tremendous job.
I just want to say thank you to the coaches, the players, the support staff, the training staff.
Everybody involved in this organization has been the best from top to bottom from the day I got here.
The fans have been fantastic, they've supported us. They've traveled when we've been good. When we haven't been great, they've been equally as supportive.
That's the best thing about this city and this town is that people love the team and people love the players.
That goes a long way, because when you love the players for who they are I think it transcends the game. That's what's important.
I want to thank my family. My mom and my dad, Eileen and Tom Kuechly. My two brothers, John and Henry. My girlfriend, Shannon.
They've been with me since the beginning. They've been very supportive and I'm happy to share this journey with them.
Thank you Panthers fans. Thank you everybody in the NFL for your constant support. Now is the time to move in a different direction." ... read more