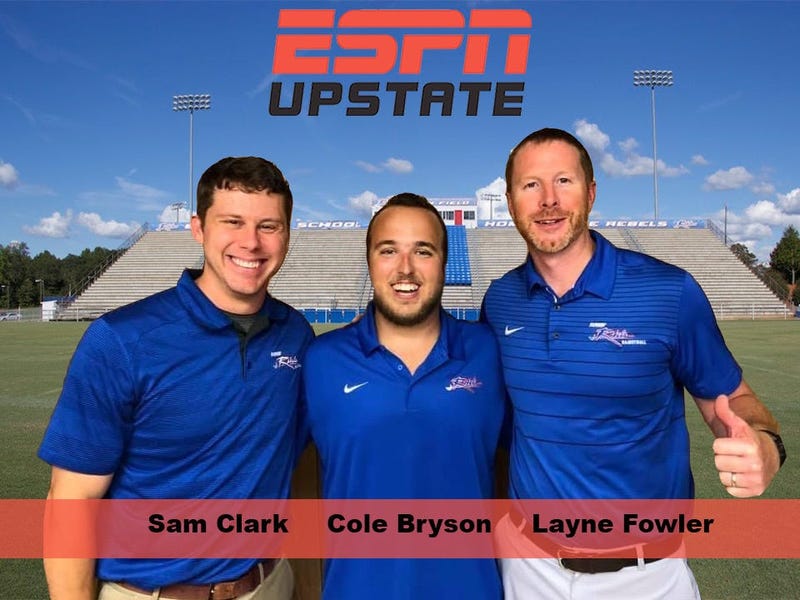 Despite the records, despite the year, and despite the coaches, this is Byrnes vs Gaffney. This is one of the most anticiapted rivalry games in the state and tonight, it's win or go home.

Byrnes will have to somehow subdue this high powered Gaffney offense that has weapons up and down the roster. We will start with QB Undre Lindsey. Coach Reggie Shaw compares Undre's style of play to Cam Newton. "Very athletic, very strong, a great runner with great vision and can really sling it." The senior QB is 78 of 118 on the season with 10 touchdowns and 4 interceptions. On the ground, Lindsey has rushed for 210 yards on the season getting in the endzone 3 different times.

The Gaffney running backs have had a very successful season as well. Tyler Smith leads the way for the Indians with 45 carries on the season rushing for 279 yards and 2 touchdowns. Ken Littlejohn, also a running back, has totaled for 261 yards on the ground this season on just 30 carries and 1 touchdown. Edward "Suga" Jefferies leads the Indians on the ground this season with 4 touchdowns on 19 carries.

The player to watch tonight is Tyrion Ingram-Dawkins, a Georgia Football committ who anchors down that Gaffney defensive front. Ingram-Dawkins stands at 6-5 weighing in at 300lbs. It will be interesting to see how the Byrnes offensvie line with Eli Henderson & Dakota Quinonez are able to fight off this heavy Indian attack.

1) Establish the run game. Mack Long has not been able to be consistent in the last two games battling an injury, but it will be very important for the Rebels to establish a run game tonight early and often in order to have a chance to win.

2) Throw for 100 yards. When you play good football teams, you cannot be one dimensional. This Byrnes team has struggled this season to pass the football with any consistency. I am not saying Byrnes needs to come out and sling it for 300 yards, but they do need to establish a passing presence to keep this Indian defense honest.

3) Prevent the big plays. Gaffney's potent offense has the ability to hit deep and quick, and Byrnes will need to make sure they do not give up big plays if they want to have a chance to win this game on Friday. Fred Cross does an outstanding job with the Byrnes defense, and the Rebels will need to come to play tonight.

1) Put pressure on the Byrnes QB. Whether it is Gabe Rogers or Brayden Blackmon, Gaffney will need to apply pressure early and often in order to disrupt this Byrnes offense. Gabe Rogers, who has only started two games for the Rebels this season, has not been great under pressure.

2) Get the playmakers involved. There have been several games this season that Gaffney has not been able to spread the ball around and get their stars involved. I think it is vital for Undre Lindsey to get a good bit of his playmakers involved in this game tonight as the Indians have more stars than the Rebels.

For Byrnes, this will be tough. As mentioned previously, Gaffney is the favorite in this one but if Byrnes can put together 4 quarters of quality football, you never know what will happen.