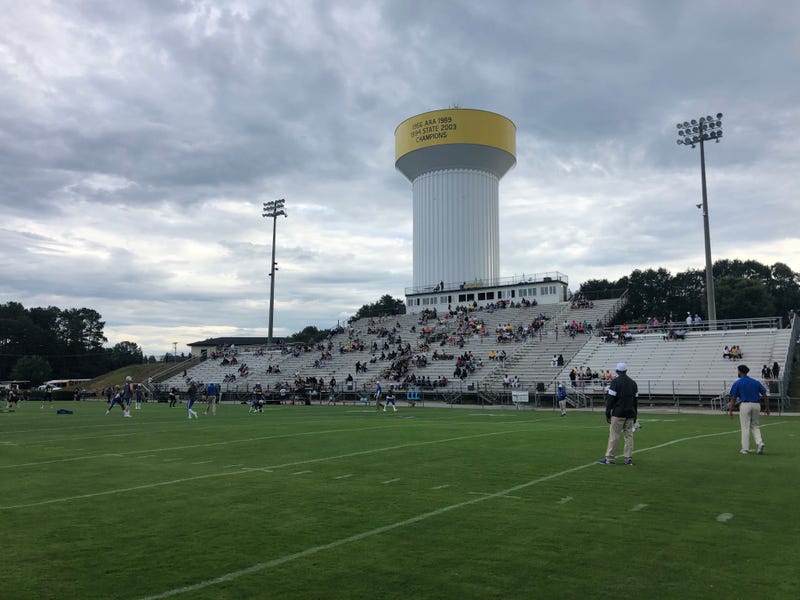 Week two of high school football is here! We are starting to learn more and more about these teams in the Upstate of SC. I will give you my picks for Week 2 below. I am currently 12-6 on the season.

Chapman at Boiling Springs: The Bulldogs won last week over Westside, but Chapman gets the best of them this week. Pick: Chapman 37, Boiling Springs 28.

Union at Gaffney: Plain and simple, Gaffney is the more talented team. Union has not started the season well, and it will not get easier this week. Pick: Gaffney 38, Union 21

Spartanburg at Archer: Spartanburg is going up against a 7A team out of Georgia, and the Vikings fell short last season. Still running tests on their offense, the Vikings will fall short this week on the road. Pick: Archer 42, Spartanburg 21.

Northwestern at Dorman: With my eyes, I saw one of the worst Northwestern teams I’ve ever seen last week against Byrnes. Dorman will absolutely roll in this one, as they have all year. The Pick: Dorman 49, Northwestern 7.

Greer at Westside: Of all the games this week, this game was by far the toughest game to pick. Raheim Jeter has yet to settle in at the QB position for Greer, while Westside is coming off of a loss to Boiling Springs. I like Greer to steal on this week. The Pick: Greer 21, Westside 20.

SS Christian at Woodruff: I’d love to be at this game. This should be a good one between two teams who are undefeated. I believe Woodruff may be more battle tested thus far, and I like the Wolverines to keep it rolling. The Pick: Woodruff 31, SS Christian 17.

Broome at Clinton: This game is intriguing to me as well. I think this will be a good test for both teams, but I like Lynn Fleming’s squad (Broome) to get it done this week on the road with a bounce back win.

Blue Ridge at a Chesnee: I think Blue Ridge is a much improved football team, and I think this game is closer than some may predict, but I like Chesnee to get a win at home this week with a nice performance on the ground. The Pick: Chesnee 28, Blue Ridge 21.

Landrum at Walhalla: Landrum has much confidence after the big win last week, but I think Walhalla will be too much for Landrum to handle this week.

Hillcrest at Woodmont: Jet Turner’s Woodmont squad has gotten out to a great start in 2019, and I still think this team has a great season. However, I like Hillcrest and their talented defense on the road this week  The Pick: Hillcrest 35, Woodmont 21

BHP at Greenville: Greenville is in my opinion, the better team, but the Red Raiders haven’t had the best start to the 2019 season  I do like Greenville to win this week at home. The Pick: Greenville 38, BHP 21.

Reminder, catch the Byrnes Rebels this Friday night live on ESPN Upstate; 97.1 FM SPTBG, 97.7 FM GVILLE, and anywhere in the world on the Radio.com App

Also tune into the Saturday Morning Scramble this Saturday from 8-10am with Cole Bryson & Jed Blackwell for a complete breakdown of all of these games as well as interviews with the winning coaches!