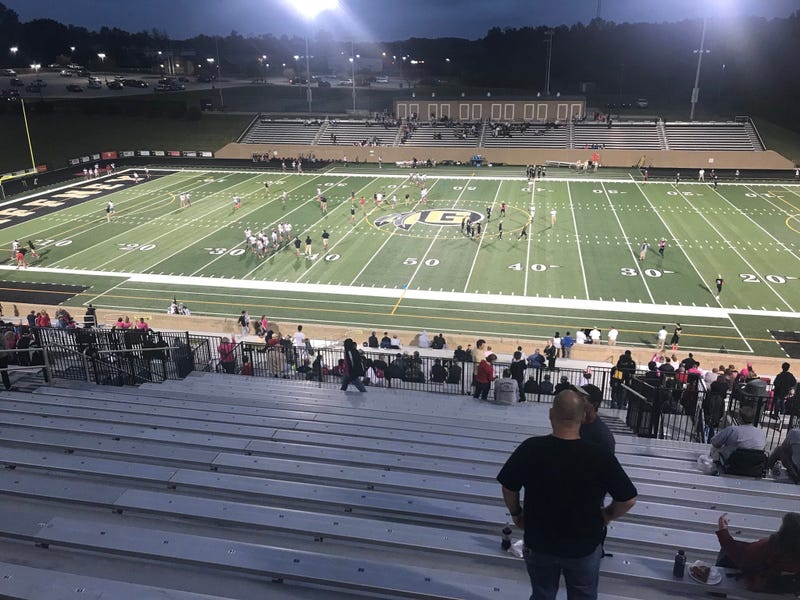 The regular season has come and gone! We are now in the most important part of the season; PLAYOFFS!

I finished the regular season 65-23 with my picks. Before the season started, I predicted Gaffney as the 2020 State Champion in the 5A ranks with a win over Dutch Fork. Let's take a look at this week's playoff matchups for the teams in our area. For the full brackets for all classifcations, click here.

There are SO many intriguing matchups this Friday night in the first round. Let's make some picks!

Newberry at Chesnee: Chesnee dropped a tough one last week to a very good Woodruff team and now having to play a well coached Bulldog team, I'd be lying if I said there wasn't worry on my part that Chesnee is going to pull this out. However, I just don't see Clay Lewis's squad dropping two in a row. I like Chesnee to advance in a close one.

Woodruff at Palmetto: Woodruff finished the season as the 2 seed and really got a better draw than Chapman, the 1 seed. Assuming Chapman wins, they will play the winner of Chester - Daniel which will not be easy either way. I like Woodruff to get the win on Friday night as the Wolverines have been on their winning ways as of late.

Powdersville at Chapman: Chapman is looking to make another run towards the State Championship after coming off of last years win in the State Title game. This one will be close for 3 quarters, but Chapman makes plays down the stretch to get the win.

Ridge View at TL Hanna: A close one here, but the winner is TL Hanna. The Yellowjackets defeated Hillcrest last week to claim the region and this is a dangerous team this post-season.

Byrnes at Gaffney: I will not pick a winner for this game with Byrnes being involved and the loser being done for the season, but I will say this. Byrnes will need to play its best game yet. The past two games for Byrnes against Dorman & Camden have not been two of the Rebel's best performances. On the offensive side of the ball, Byrnes needs to bring some consistency on Friday and find a way to get the run game going and that will be easier said than done against a very tough Gaffney defensive line. Byrnes has played well on the defensive side of the ball, but the offense has not given much help. I think it is time to ditch the 2 QB system with Brayden Blackmon & Gabe Rogers and pick a guy and go with him. It is hard to get consistency when you have two different signal callers swapping in and out. I think Gaffney is the obvious favorite here being undefeated, but I like it to be a close game.

Broome & Spartanburg will battle on Thursday night as this is a game scheduled just for both teams to get one more game in. This game is not a playoff game and both teams seasons will end after this contest. Spartanburg will win, but in a fairly close one.

Listen to Byrnes at Gaffney LIVE on ESPN Upstate with Cole Bryson, Layne Fowler, & Sam Clark. On Saturday, Cole Bryson & Jed Blackwell will break these games down on The Saturday Morning Scramble from 8-10am on ESPN Upstate.