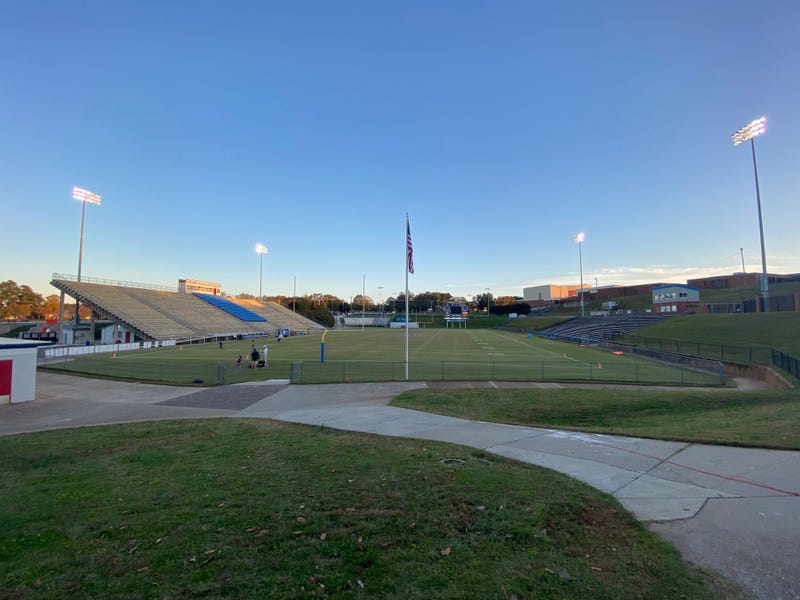 Last Friday was not my best night picking winners, as I went 5-5 which puts me at 65-23 on the season. Here is where I was right and where I was wrong.

Where I was right:

1) Gaffney finished the regular season undefeated as they defeated the Blythewood Bengals. This was no surprise as Gaffney was the favorite to win this one. The interesting thing about Gaffney is this. They are undefeated, but they are not looking like world-beaters right now. The Indians have a very impressive win over Dorman on their resume, but when it comes to their other opponets, the games have been fairly close. So this is something to keep an eye on as we go into the post-season. Gaffney was my pre-season pick to win the State Championship, and they still can, but I will be interested to see if they pick up their level of play in the playoffs.

3) Greenville finished strong. The Red Raiders fell short of the post-season, but finished their regular season on a strong note after defeating JL Mann. I feel for Greg Porter & those guys at Greenville as this was one of the best teams Greenville has had in a while, but came up short.

Where I was wrong:

1) Spartanburg ended the streak! The Spartanburg Vikings defeated the Boiling Springs Bulldogs by a score of 30-20. The Bulldogs were going for 7 in a row over Spartanburg but fell short as it was a mistake-filled night for Rick Tate' Bulldogs. The Vikings were able to run the ball as well as subdue a good Bulldog offense. Boiling Springs had several key penalties that allowed the Vikings to score and end the game, but this is still a good Bulldog football team. The Vikings will host the Broome Centurions on Thursday night at Spartanburg High School.

2) TL Hanna is legit! I picked Hillcrest to take the region on Friday, but the Yellowjackets found the recipe for success this season and now TL Hanna gets the 1 seed going into the post-season. This is a team that is a real contender in AAAAA.

3) Camden at Byrnes. I picked Byrnes to bounce back after a tough loss to Dorman last week but the Byrnes Rebels once again were not able to get the offense going in the right direction. Camden was a fantastic football team, but Byrnes is as inconsistent on offesne as I have seen them in a long time. Brayden Blackmon & Gabe Rogers both saw snaps on Friday and I personally think that hurts the offense as I have never been a fan of a two-QB system. Byrnes will need to figure out how to get some offensive production this week as its win or go home at Gaffney.

ESPN Upstate has live scoring on Friday nights on ESPNUpstate.com as well as an abundance of content on our website each and every week during the High School Football season.