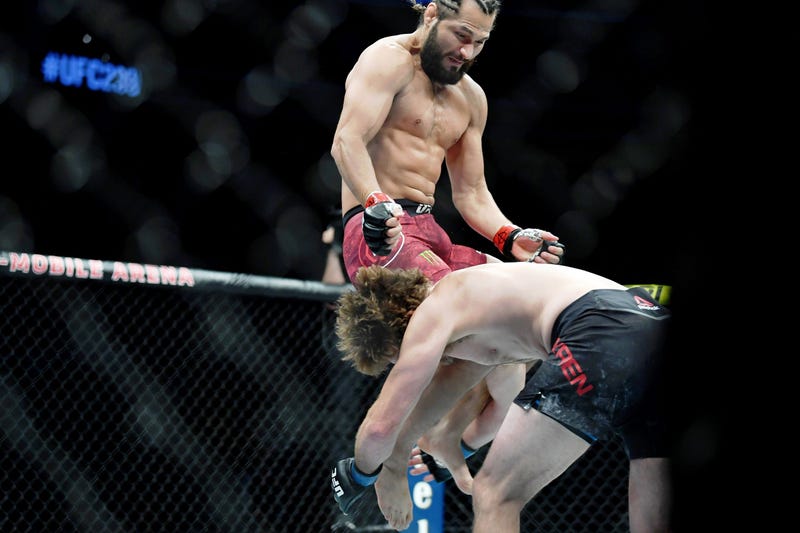 Is UFC too violent? Yes.Is UFC ok with that? Also yes.

Watching Saturday night’s UFC 239 in Las Vegas I saw one of the more brutal K.O.s I’ve ever seen. In the first 5 seconds of the first round of their fight Jorge Masvidal (34-13-0) absolutely destroyed Ben Askren (19-1-0) with a flying knee to the temple. Everyone at the viewing party I was at was shocked. The internet exploded. As far as fight fans are concerned, it was incredible.

It was truly vicious. The knockout blow was punctuated by two un-defended punches to the head of the unconscious Ben Askren. (Note: This is the point where I have to tell you that Masvidal did nothing wrong. Fighters are trained to fight until the referee calls it). Other vicious moments in UFC that immediately come to mind are Anderson Silva’s leg folding like a paper clip and Gary Goodridge’s barrage of elbows vs Paul Herrera at UFC 8.

AGAIN…I am not admonishing the sport. I watch most UFC events. But if UFC wants to grow past its current size, is the gratuitous violence a good thing? In 2017 UFC brought in over $700 million. By comparison, in the same year the NFL made $14 billion (with a “b”). The NBA made $7.4 billion in 2018. That’s not a gap, that’s a grand canyon.

Fight fans love it, but I’d be willing to bet the average person just doesn’t have the stomach for that kind of violence. Dana White should be commended for building UFC from nothing to a nearly three quarters of a billion dollar sport in only 26 years but what happens when he steps aside? Will the next president be as keen on the violence? If he or she wants to remain a “small time” sport then it’s fine. If he or she wants it to grow concessions will have to be made; and before you say “no way man it’ll never happen”…look at the NFL: massive studies and bad publicity regarding CTE and almost constant rules changes to make the game safer. There’s not much that can be done equipment wise with MMA to make it safer (more padding in the gloves maybe) so any changes to reduce the ferocity will have to be in the form of rules.