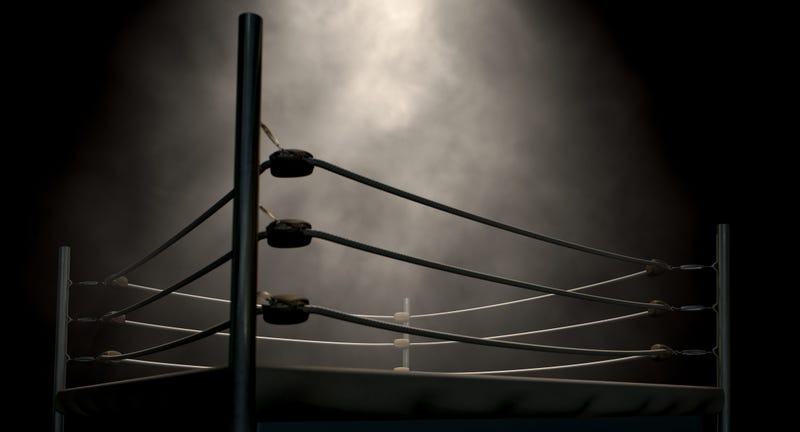 Rob Brown and I had fun on his show this week talking about our 'Wrestling Mt. Rushmore'. In case you missed it, here are my four and why I chose them. Number 1 for me is Hulk Hogan. Hulk Hogan was larger than life for me and a lot of kids like me. Eating your vitamins and saying your prayers was a mantra I could get behind. At the time, Hogan was a super hero come to life. He was friends with Mr. T and actually slammed Andre the Giant! Later on in his career he would pull off the biggest 'Heel' turn in Wrestling history. He brought Wrestling into the Main Stream. Number 2 is Ric Flair. The Stylin', profilin', limousine riding, jet flying, kiss-stealing, wheelin' n' dealin' son of a gun! The dirtiest player in the game made being a bad guy cool! Number 3 for me is Sting. Sting had my favorite moves of all time. The Scorpion Death Drop and Death Lock. When I was a teenager I saw Sting at the Fairgrounds Coliseum in Columbus Ohio. When we were leaving the arena we heard a bunch of kids cheering and there was Sting out there talking to the kids. No handlers or cameras, just him and his fans. That stuck with me. Later the Crow Sting would capture a whole new audience. Sting has been and always will be my favorite Wrestler. The last member of my Wrestling Mt. Rushmore is John Cena. Cena was able to capture the fandom of the children. When the adult haters booed him the kids made him a star. I have friends, even to this day, that get angry when they hear his theme music. Those are my 4. If you don't like them 'Brother'! Watcha gonna do when you can't see me.....WOOO!!!