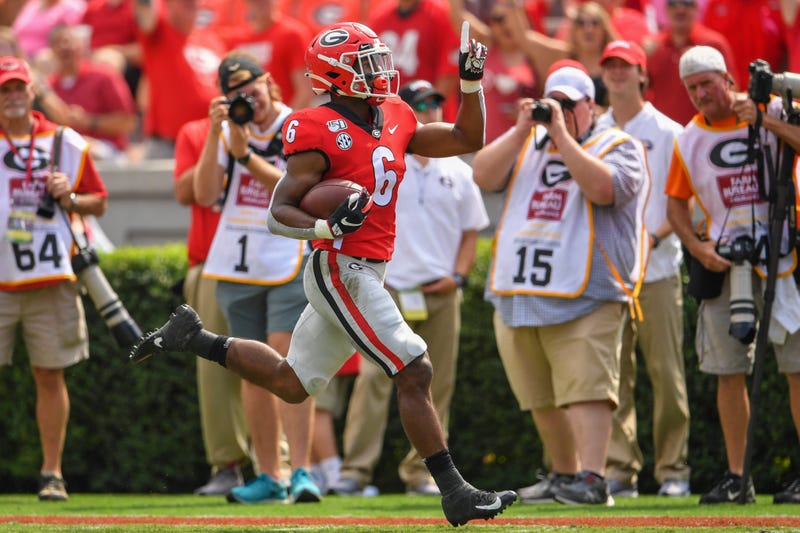 Both of these teams cleverly scheduled a bye week before this week four heavyweight bout. And while we don’t yet have the complete picture on either, Wisconsin has easily appeared the better of the two. The Badgers pitched two shutouts, outscoring USF and Central Michigan 110-0. That’s impressive if you’re the New England Patriots. Meanwhile, Michigan scuffled around and probably should have fallen at home to upstart and dangerous Army.

I believe the gap between these two will be easily seen on Saturday.

This is a tough one to call. It’s hard to pick a freshman on the road, and this Auburn team has a very high quality win over Pac-12 best Oregon to start the year. Texas A&M looked neutered and one dimensional at Clemson. Who doesn’t?

The battle for third place in a single division may not inspire many, except when it’s in the SEC West. Here, in this game, a win establishes you as a top ten national seed.

Coaching will make a huge difference, Kellen Mond’s experience will factor in, and the Aggies will find a way to win a nailbiter despite losing the battle on the line of scrimmage to Auburn.

Jump ALL over Georgia and fear not about laying the points. I know I know. This is a picks segment. I’m only picking the winners. I just can’t help myself. This pick is THAT good. This men against boys. You’ve seen this game. It was Notre Dame vs. Clemson in the CFB Playoff. Remember the score? 30-3. You get the drift.

I can’t believe I’m saying this, but I’ve really come around to the Knights. I want truth. I want legitimacy. I oppose frauds. Folks, UCF is the real deal and their new coach is too. You know as well as I do we gave all credit last year to Scott Frost, yet Josh Heupel kept the train going and is taking it to new levels of explosiveness.

When you have a 38-7 halftime lead over Stanford, you’ve gotten my attention. Pitt was the gritty, Mickey Ward type fighter last week in a close loss to Penn State, but UCF is a whole different animal and Saturday they have a chance to make a statement. On the road.

The most fascinating, low key under the radar game this week. Washington has a home loss to Cal, but pummeled a Hawaii team with two wins over Pac-12 foes, 52-20 last week. Will the real Jacob Eason please stand up?

BYU was bludgeoned by the Utes in week one, but has rebounded nicely with wins over Tennessee and USC, the latter in overtime. The Cougars are the last time I’d schedule in the nonconference. I’m terrified they’d out-execute my team, that they’d out tough my team.