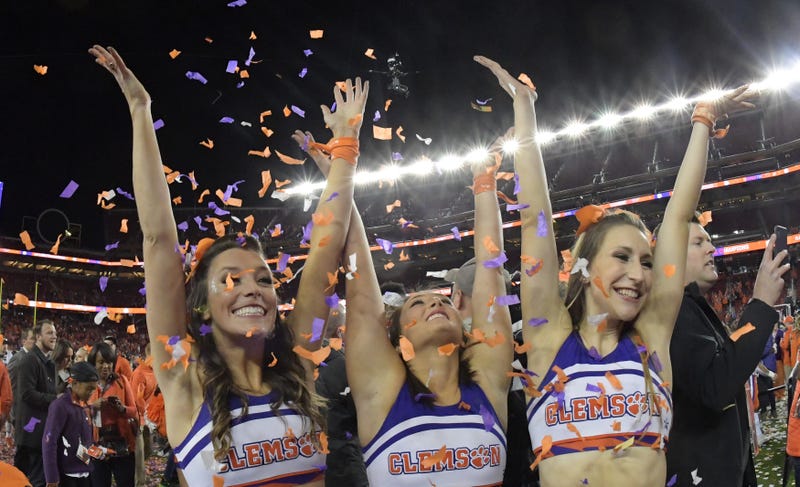 The line on this game has added a full field goal since initial release. Remember, Las Vegas sets these not based on what they think, but at the point in which they believe they'll have an even amount of money on both sides. Public perception is leaning heavily toward the Gamecocks in this one, and with good reason.

Will Muschamp has his most talented team in Columbia, and is 18th in ESPN's FPI heading into this season on talent alone.

Starting a true freshman against a salty Gamecocks defense hell bent on reestablishing itself will present a long afternoon for new (and old) Tarheels coach, Mack Brown.

Clemson beat it's opponents by an average of over 30ppg last season, and has won ten straight games by 20+ points. Two away from the all-time record. They start the Heisman favorite, Trevor Lawrence, coming off the best true freshman season the sport has ever seen.

Georgia Tech knows so little about itself it didn't even release a depth chart. Their stingers will be lanced, their wings fleeced, and their antennae bent.

I'm an SEC guy through and through, and rest assured I'll be pulling for the Tigers on Saturday. The betting community seems to be going SEC over AP Top 25. The Tigers enter the game ranked 16th, with the Ducks 11th.

As much as it pains me, I'm going to side with the media in this one. Guz Malzahn has tabbed a freshman starter, Bo Nix, for the first time in school history in an opener.

He's opposing Justin Herbert, a player who may have gone first overall in April's draft had he declared. There's a little Will Muschamp in Oregon head coach Mario Cristobal. We know he can recruit, but can he optimize and develop his talent?

Auburn might win this tilt later in the year, but not today.

This is a sneaky good game. Houston quarterback D'eriq King set offensive records last season at a program known for that very thing, and that's saying something.

Oklahoma breaks in a new starter in former Alabama quarterback Jalen Hurts. He's no Kyler Murray throwing the football, and we've yet to learn whether his run first style will be a fit in Lincoln Riley's air it out scheme. It's boom or bust. It's Heisman candidate or square peg, round hole.

The Cougars come into this game knowing much more about their identity, they will score, and they'll keep it competitive. I'm taking Houston and -23.5 easily.

Oklahoma's talent may prevail in the end, but not before a battle, and perhaps a scare.

Isn't Vanderbilt the most awkward fit in the SEC, the conference where it just means more? That applies to 13 schools, with the Commodores serving as the outlier.

It's a friends with benefits relationship, as Vanderbilt's academics boost SEC numbers, and the SEC's reputation enhances the Nashville school's athletic reputation.

In the end, I'm left wondering what the plan, goal, or identitiy is for Vanderbilt in the SEC. There is no hope to be consistently competitive.

With Jake Fromm embarking on a possible national championship and Heisman campaign and with D'Andre Swift at running back, there will be no week one letdown.