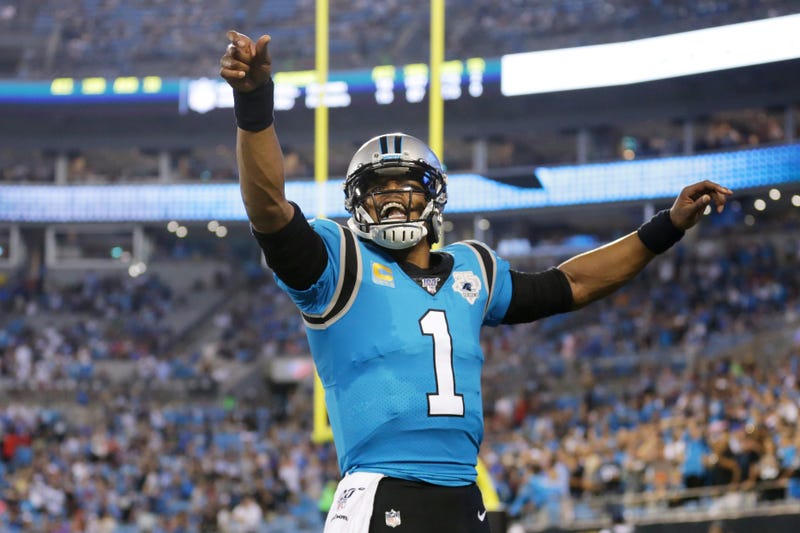 It appears that this story changed dramatically just a few minutes after its posting, and that despite the surface level appearances that Brady and Carolina might have been talking, the hopes of many Panthers fans have been dashed.

It has been reported by ESPN that former Saints QB Teddy Bridgewater is in negotiations with the Panthers, working on a three year, $60 million dollar deal to become their new starting QB.

I don't love this move for the Panthers. I honestly don't know that Tom Brady was ever on the table, but the way I saw it, there were three options for Carolina:

Cam is moving on, and the Panthers have found their new guy.

Whatever concerns that sports world had about Tuesday being a boring day were laid to rest very early with the announcement from Tom Brady that his football career would not continue with the New England Patriots.

That annoucement came on the heels of Monday's legal tampering period, which boasted a number of trades that became the biggest news in sports.

Not to be left out, the Carolina Panthers gave three time Pro Bowler and 2015 NFL MVP Cam Newton permission to seek a trade.

#Panthers give Cam Newton permission to seek a tradehttps://t.co/Vf3GSBVA1j

The 31 year old former Auburn Tiger is working on returning from Lisfranc surgery, and no timetable for a full recovery and return to football has been released so far.

Now, the question becomes, what do the Panthers do at that position?

It may be a coincidence, and it may not, but my gut says that Tom Brady might be in play for the Panthers here. The notification that Newton would be allowed to hunt down a trade came suspiciously close to the social media post made by Tom Brady that his career would not be continuing in Foxborough. New Panthers Head Coach Matt Rhule runs an offensive system that is far more suited to Brady than Newton - during his time at Baylor, it became known that he was being mentored in running more "versatile" offenses by Texas high school head coaches throughout the area. Brady would make much more sense, and, if he's willing to take a deal and Cam's departure clears enough space, could be reasonable. Carolina also has plenty of impressionable, young talent that Brady could work with, preparing them for the future.

And if Brady ends up elsewhere?

Print the signs: it's time to Tank for Trevor. You can almost bet that Carolina would lean on their current backup quarterbacks to carry them to season that would lead to, hopefully, the #1 overall pick next year, and the ability to pull a kid from South Carolina up into Charlotte.

Is that reasonable? I'm not entirely sure.

Is it likely? I'm not entirely sure.

I'll cover all of this and more today on The Rob Brown Show...