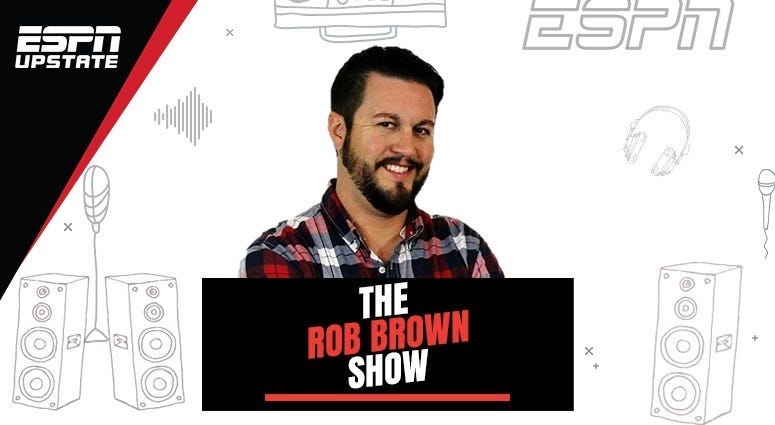 Let's start off the with the obvious: the Gators of Florida are a very good football team. We're talking "surprise Georgia and win the SEC East, and make the College Football Playoffs" levels of good. So ANY team going into The Swamp and walking out having had the chance to win - yeah, that's what we in the biz call "a moral victory." You might not like that term, but they're real, and that is one of them.

For a team that headed into Gainesville coming off of a brutal loss to Tennessee, as a double-digit underdog, and with a head coach that is fighting for his life, the Gamecocks of South Carolina performed about as well as anyone could have expected them to. Winning is the goal for every game, but you've heard it before - sometimes, you just want to show that you have some fight in you.

When I was a young 'un, I played football at Meigs Middle School in Shalimar, Florida, under a man named Tom Grant. In seventh grade, we lined up against our crosstown rivals, the Pryor Pirates. We gave all we had, and they beat the everything out of us. We walked back to the locker room and sat on the various weight benches, waiting for Coach Grant to rip us a new one for the performance.

Coach Grant pulled up a bench and sat in front of us - for a man known for pacing the locker room screaming, this was a surprise.

He drew a deep breath, took off his oversized straw hat he wore on gameday, set it on the floor at his feet, leaned forward, and looked us - a group of dejected and upset early teenagers who just taken a classic whooping - and sighed.

"Boys," he grunted, "you did everything we asked you to do as well as you could do it. We couldn't have asked for more from you. Today, you had the biggest problem you can have in sports."

Coach Tom Grant said something to us that I have never, ever forgotten, something that applies to sports and to every real world situation.

"Sometimes, the other team is just better than you are."

That moment has stayed with me forever. It's up there with the countless times my old man told me "hey, life's not fair."Sometimes you can work your hardest. You can do everything right. You can be the most disciplined, the most tenacious.

And sometimes, you still lose, because the other team is just better than you. It's part of life - and it's exactly the problem that the Gamecocks faced in Gainesville.

So why am I bringing this up?

Because sometimes the other guy is just better than you - and walking away with the knowledge that you did everything you could do, that you stayed focused and driven and fought for the win, even if you didn't get it, is a good thing.

And that's how I feel about South Carolina's performance last weekend.

The game wasn't perfect. Mistakes were made. South Carolina dropped a few passes that would've changed drives. Will Muschamp's clock management late in the game was questionable at best. On the final offensive play for USC, Collin Hill had Shi Smith wide open running across the end zone, threw the ball behind him, and prevented what would've been an onside kick opportunity in a one score game.

But there was a LOT of good to take away.

First off, the run game for the Gamecocks kept them right there in the mix. Kyle Trask to Kyle Pitts might be the best QB/WR combo in all of football, and getting into a track meet with them is going to be futile for most teams they come up against. You've heard the cliche time and time again - the best way to keep an offense from running away with the game is to keep them sitting on the bench watching yours. And South Carolina did just that - and, in a stat that has surprised a lot of people, South Carolina actually outgained Florida from scrimmage, 348-329. Of those yards, 117 came on the ground, with Kevin Harris topping 100. The Gamecocks also spent more time with the football, running THIRTY plays from scrimmage more than the Gators did. There's not much more you can ask from a team that needed higher possession time to have a shot. Thirteen minutes of possession more than Florida does just that. South Carolina was also very efficient on the money downs, converting five of eight third down efforts in the first half. Though those numbers wouldn't be as efficient in the second half, finishing 6-17, you have to keep in mind that a lot of those were forced passes in the second half while trying to climb back into the game. Adding in 4th down conversions is even better - the Gamecocks went 5/6 and the only one that missed was that last play that, with a better throw, would've ended up a perfect 6/6 with a TD to show.

Under pressure, the team converted. That's the sign of maturity and calmness you want to see out of a team that's trying to grow.

The two mistakes that would cost the Gamecocks the most were the most frustrating, but also ones that will be cleaned up and corrected as the team grows - dropped passes, and poor late game time management. The drops will decrase as Hill continues to get on the same page as his new receivers and his new team. It is massively important to keep in mind that no team got a full offseason's worth of preperation - so, unfortunately, those mistakes are going to bite just about everybody. The question is how they're responded to. We'll see against Vanderbilt this weekend if those are cleaned up.

The second issue was the clock management late in the game. From around the 5:00 mark of the third quarter, it was clear the Gamecocks were doing enough to have a chance. But, playing down by two scores, the ball needed to be moved, and quickly. Unfortunately, most situations were passing situations - meaning that Harris, who was having a monster game, was negated. But the clock was the enemy of USC, and it wasn't responded to. Drives were long and efficient, but they were methodical and playcalling was everything except expeditious.

I want to give Will Muschamp the benefit of the doubt. You're working with a transfer QB and a team that didn't have the full preseason to get on the same page, so ensuring the plays were comfortable and executed perfectly MIGHT have prevented a hurried, panicked offense from making mistakes that a growing team typically makes in high pressure situations. But there were issues.

In the third quarter, USC found itself down by three scores. After a long drive, Muschamp called for a field goal attempt that was true, and .... the Gamecocks found themselves still in a three score game. That's not a situation where analytics calls for an unpopular decision. That's just poor coaching. But, again, benefit of the doubt - putting points on the board impacts the confidence of your offense, an offense that needed it after the Tennessee game, and in a game that clearly was not over, as the defense had been pitching a relatively good game against UF the later the clock ticked on.

The final drive left questions as well. The Gamecocks had an impressive 18 play drive that took them all the way down into the Florida red zone on some efficient playcalling. The problem? That drive took 7:23 off the clock, and ended with South Carolina still holding onto a timeout that should've been used at some point to establish one more good attempt.

But, let's play hypotheticals here: Collin Hill, on fourth down, throws a good ball to Smith. He scores. South Carolina is now down just seven, with change on the clock, AND a timeout to spare if they get the ball back. I'm stretching a bit here, but the point stands - I don't LOVE the way it was handled, but I understand it. And sometimes, that's more important.

I know it's been tough, South Carolina fans. I know that Boom isn't exactly beloved around the Upstate right now.

There's a decent team on campus. It showed flashes of itself on Saturday.

And I fully expect to see it again on Saturday against Vanderbilt.