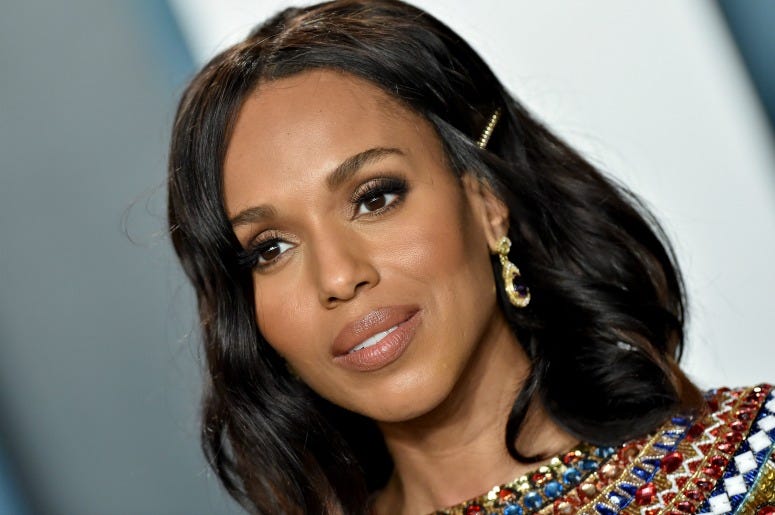 Actress and activist, Kerry Washington, has always made voting a crucial part of her civic duty. Washington sat down with RADIO.COM's Natasha Castles from Phoenix’s Live 101.5 to spread the word about voting in the 2020 election and share why she’s been spending so much time in Arizona during the 2020 campaign season.

“I’ve been spending time in Arizona because, you know I live in a state where voting is important but, not as important as Arizona. It’s just really awesome to see that people here are excited about voting,” says Washington. She enthusiastically adds, “I just want to make sure that everybody, no matter who you are that you know your voice matters, your vote matters, and that we need all of our voices, and that in a democracy we need everyone to vote.”

Arizona is a state that truly has the ability to change things for their future this election. The Little Fires Everywhere actress reminds us that presidential elections are extremely important, but also that local elections are crucial in order to enact more immediate change. “You can really have such a huge impact on your life, your community, on the rules that govern your everyday life” urges Washington.

Kerry says that she is adamant about being “a part of the chorus of voices” that are encouraging people to vote and has been using her platform to educate others about the power voting holds.

Even as a young girl, Washington has always been involved politically. The star shares that before she could vote she would go with her mother to the polls every election year and watch as her mother exercised her vote and the power of her voice. Kerry tells us, “voting has always been really important in my family. When I turned 18 my parents took me out to dinner, not because it was my birthday, but to celebrate the fact that I could vote now.”

However, the actress does admit that she hasn’t always been a “perfect voter.” She says that she didn’t always vote in every election, due to thinking her voice didn’t really matter or finding that she was too “busy.” But this time around Washington vocalizes that there is really no excuse not to vote in such a crucial election.

This year Washington wants us to go the extra mile as well. Even if you’ve already voted encourage others around you to vote and check-in with friends and family to make sure they have voted or have a voting plan. Washington reminds us that, “what really matters is when people hear from their sisters, their cousins, their neighbors, their parents… you have so much power.”

Aside from speaking at various events around the country in order to get out the vote, Kerry recently appeared in a 1980s workout-themed, Jane Fonda, social media campaign where various celebrities and artists urged viewers to “exercise that vote.”

Let’s Get Registered!!!! 💪. We’re getting in shape for the race of our lives this November and it has never been more important to exercise your right to vote. Many states have registration deadlines today so do not wait! Head to https://t.co/mUpXtwhF6s #ExerciseThatVote pic.twitter.com/FoumKnJLpO