Sorry, that was a bit of a side rant.

Democrat Senator John Rodgers brought a bill to the table on Tuesday that would ban people under 21 from using cell phones.

I already hate this guy.

“I have no delusions that it’s going to pass, I wouldn’t probably vote for it myself.” He said.

According to Rodgers he did this to make a point. He is a huge supporter of the right to bear arms, and is angry that some in the government want to take away that right.

Okay, I'm back on board with this guy...I like him.

His point is, based on the information on a second amendment bill that would restrict the use of guns, is that a cell phone is more dangerous than a gun could ever be.

Here's a picture of me practicing my second amendment right: 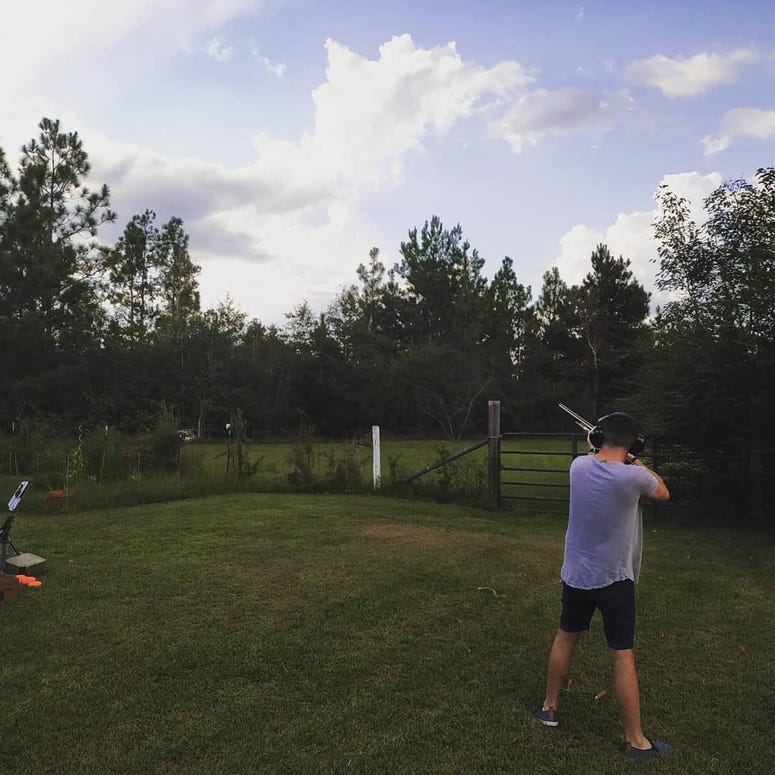