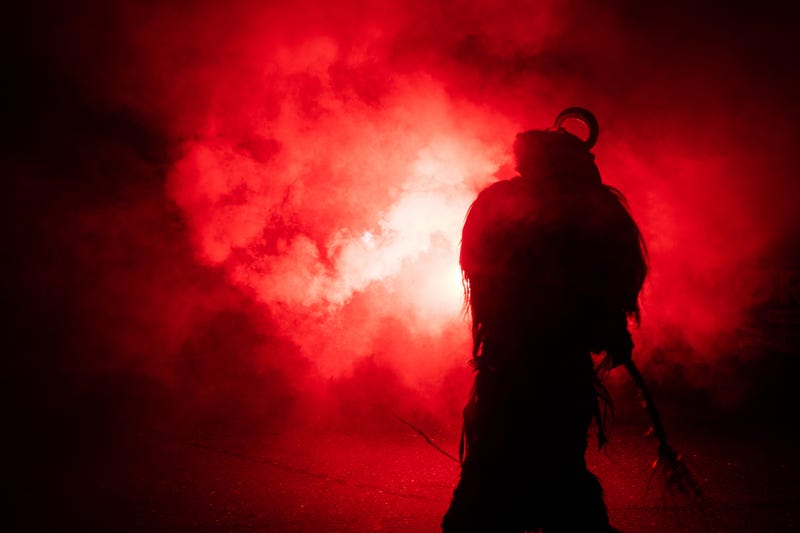 The giant creepy Auckland Santa has a new owner, and that owner hopes that people won't think it is creepy anymore.

Giant creep Santa weighs and whopping five tons, and is 18 meters tall. He has been watching over Auckland residents at the Wanaka's National Transport and Toy Museum for 60 years.

The main thing that led people to think that the Santa statue is creepy was the fact that it could wink and move its finger.

The new owner, Jason Rhodes, hopes that he will be able to get the 'creepy' label dropped from the humongous Santa statue.

"I would like to know who maligned him to start with, because most people I know have enjoyed him for what he is. He's an iconic figure and he's got a smile on his face, trying to bring happiness to everyone around him. Why malign him?" Rhodes said.

One of the ways Rhodes decreased the creepy was by ditching the eye-winking and moving finger.

Giant creepy Santa is made out of a doze pieces of fiberglass. We aren't sure how much Rhodes bought the Santa for, but we do know that it costs $200,000 a year to both store and maintain.

"It's the history behind him, right from the people that sort of instigated him, built him and the ones that have saved him over the years. He's had a bit of a checkered history in the last few years. We just wanted to make sure he wasn't going to end up in some rubbish dump. What we're wanting to do is keep him for posterity." Rhodes added.

ICYMI - The new owner of the giant Auckland Santa is hoping it will eventually lose its "creepy" tag.