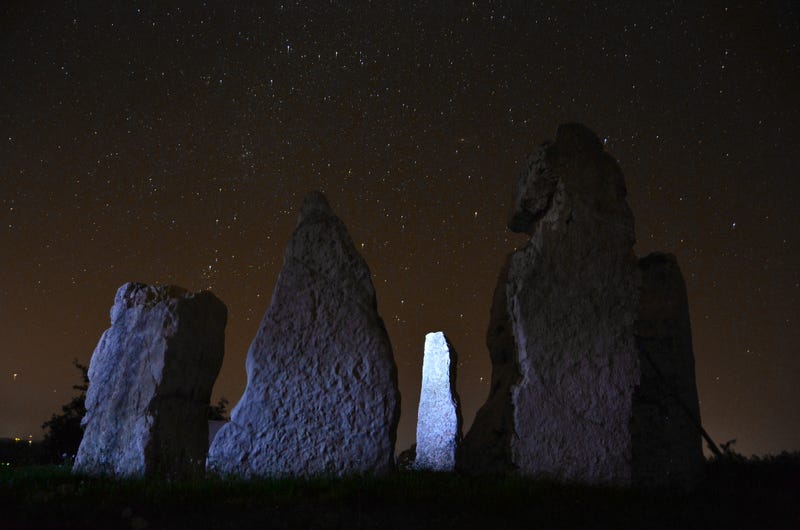 A rather mysterious monolith has popped up in the Utah desert. It was discovered by a Utah Department of Public Safety helicopter crew while flying over the region.

The helicopter pilot said that an officer traveling with him saw it, and commented that it looked like it came out of the movie "2001: A Space Odyssey."

"He was like, 'Whoa, whoa, whoa, turn around, turn around!' And I was like, 'What.' And he's like, 'There's this thing back there, we've got to go look at it!'" "We just happened to fly directly over the top of it.” Pilot Bret Hutchings told KSL.

The monolith stand between 10 and 12 feet high.

“It is illegal to install structures or art without authorization on federally managed public lands, no matter what planet you're from,” a statement from the Utah Department of Public Safety said.

At this time the department doesn't know who or what placed the giant monolith, and will not release the location due concerns with public safety.

'Who Does This Kind of Stuff?' Mystery Metal Monolith Discovered in Utah Desert. via @Storyful pic.twitter.com/LNNUccFORQ