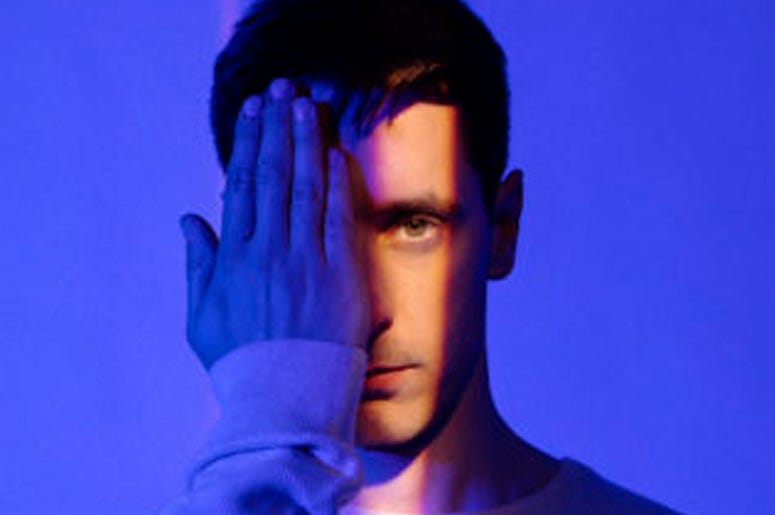 This week’s RADIO.COM Alternative Pick of the Week is ONR's "Must Stop (ft. Sarah Barthel of Phantogram)."

ONR is a singer, songwriter, multi-instrumentalist and self-taught producer born Robert Shields. Inspired – not to mention bored – at his family’s farmhouse on cliffs overlooking the North Sea in Scotland, Shields began writing and performing his own songs aged 12 or 13, teaching himself piano on a battered instrument missing half its keys that he uncovered in the family shed. While still at school, he had his first break: he won a songwriting competition, judged by Coldplay’s Chris Martin, and was later offered a place at the Liverpool Institute of Performing Arts, founded by Sir Paul McCartney, which he declined. With such an isolated childhood, his songwriting was his form of escapism, a craft he was intent on perfecting first and foremost. His hard work caught the attention of a manager who flew him out to LA – his first time out of Scotland ever – culminating in a label war, yet he understood the heat of success and still didn’t feel quite ready, both mentally and musically, and turned all of it down. He continued to hone his skills by fine-tuning his songwriting and perfecting his live show, performing hundreds of gigs across Europe, eventually touring with acts like Bastille, while immersing himself amongst Scottish hit-makers Lewis Capaldi and Calvin Harris. Now Shields has finally figured out who he is as a songwriter, making music that is true to himself, of which he is proud.

“The second I heard Sarah’s vocal on the track, I knew it was exactly what it had missed. Her performance instantly took the track from being a fairly dark monologue, to instead being this beautiful and playful conversation about the hurting of loving. I just loved it. The concept that I had, and the main line of the chorus that everything hangs of, was so simple, and so connected to my own experiences of relationships. I guess what has surprised me is just how much that concept resonates with so many other people in exactly the same way. ‘Must Stop’ is a song about being repeatedly hurt; about a lack of self-worth, a desperation to be in love and to be loved by someone, anyone – and the blows you can take when you leave yourself so open.” – ONR

“This song couldn’t have come into my life at a better time. The first time I heard the demo was amidst a messy break up and I think it was the universe telling me I have to express my feelings instead of bottling them up inside. So from then on ‘Must Stop’ has been my mantra.” – Sarah Barthel (Phantogram)​