Save the drama for your… llama? A woman in Orange, Texas was spotted walking a llama down the street this week, and a video of their stroll quickly made the rounds on social media. 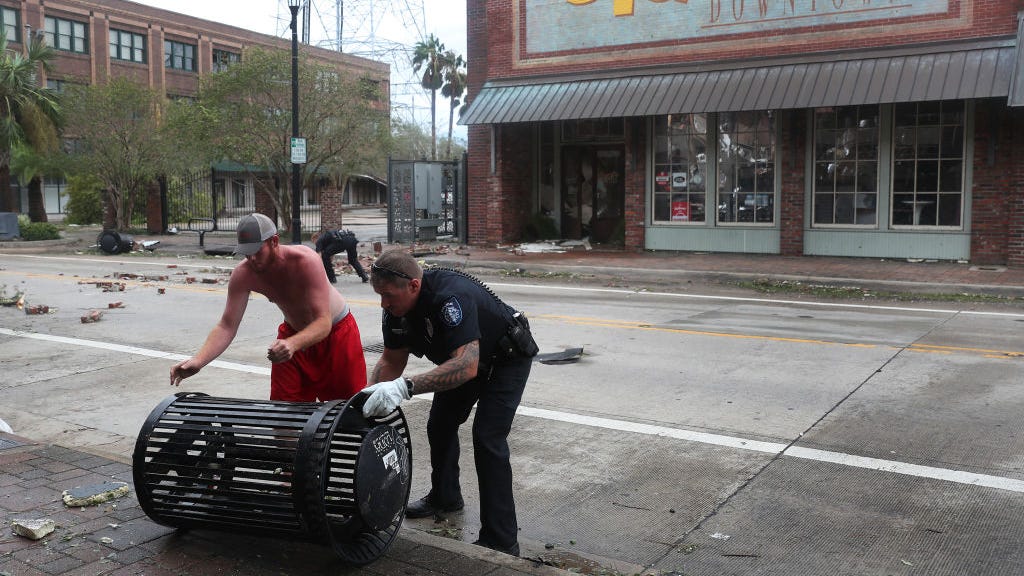 Hurricane Laura: How You Can Help Louisiana and Texas

The video, which was filmed in the aftermath of Hurricane Laura, shows a woman driving slowly with a rope in her hand, guiding a llama down the street near the Louisiana-Texas border.

Prior to the hurricane making landfall in the area, farmers planned ahead and moved their livestock away from possible danger.

“In large rain events and hurricanes, we make sure that animals are in the highest pastures that we have. Ones that never hold any water or some that only hold water for an hour or two,” Bob Blanchet, a farm owner in Abbeville, Louisiana, told KATC.

He shared that when preparing for adverse weather conditions, higher ground is not the only thing that needs to be taken into consideration. “You don’t want to put them in any kind of shelter or any kind of structure because winds can blow that down and debris can hurt the animals.”

Animal shelters also took action prior to the hurricane. “When there is a disaster, the shelters are required to take in all strays and displaced pets,” Erin Robbins, vice president of Wings of Rescue, a nonprofit organization that transports animals from overcrowded shelters to ones with space available, told ABC 6 in Philadelphia.

Linda Torelli, the marketing manager for Brandywine Valley SPCA, an animal shelter in Pennsylvania that took in 79 pets from shelters in Louisiana and Texas, said that “the folks in the southern shelters work very, very hard for those animals. They’re in a community situation that just is really difficult for adoption.”