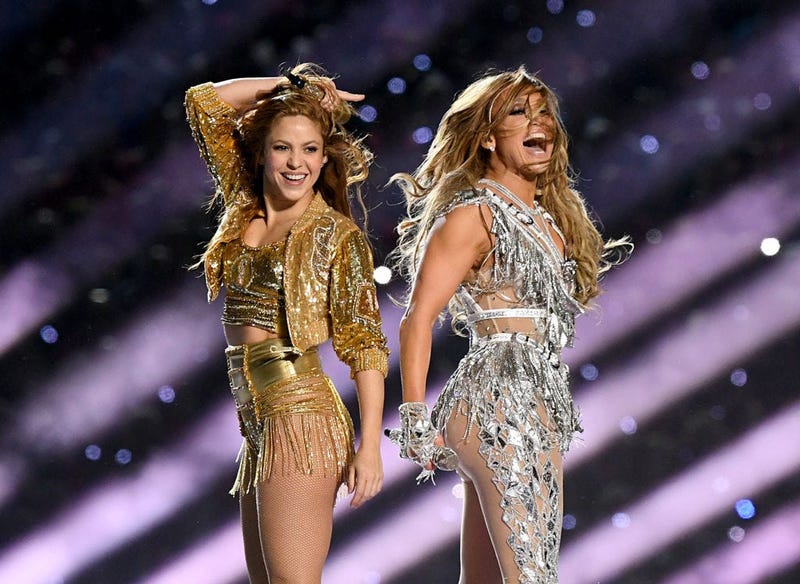 According to some people the halftime show that Shakira and Jennifer Lopez put on was too racy. One man in particular wants to sue the NFL over it.

A man named Dave Daubenmire said, "I think we ought to sue. Would that halftime show, would that have been rated PG? Were there any warnings that your 12-year-old son—whose hormones are just starting to operate – was there any warning that what he was going to see might cause him to get sexually excited? Could I go into a courtroom and say, 'Viewing what you put on that screen put me in danger of hellfire'? Could the court say, 'That doesn't apply here because the right to [produce] porn overrides your right to [not] watch it'? Yeah, well, you didn't tell me I was gonna watch it! You just brought it into my living room. You didn't tell me there were gonna be crotch shots! That’s discriminatory against the value I have in my house. You can't just do that. I wanna sue them for about $867 trillion."

You can see his rant HERE!

Here is the thing, these ladies have been shaking their hips on national TV for years!!! Why is it a problem now?

Let's remember Elvis shook his hips, Tina Turner shook hers and Janet Jackson showed her breast at a past half time show and we are all okay from it.

Did you get offended by it?

Here it is again, in case you missed it or just want to watch it!

Supported by StickerYou, where you can create and order your own custom stickers, labels, decals, temporary tattoos, magnets, iron-ons, patches, badges and more!