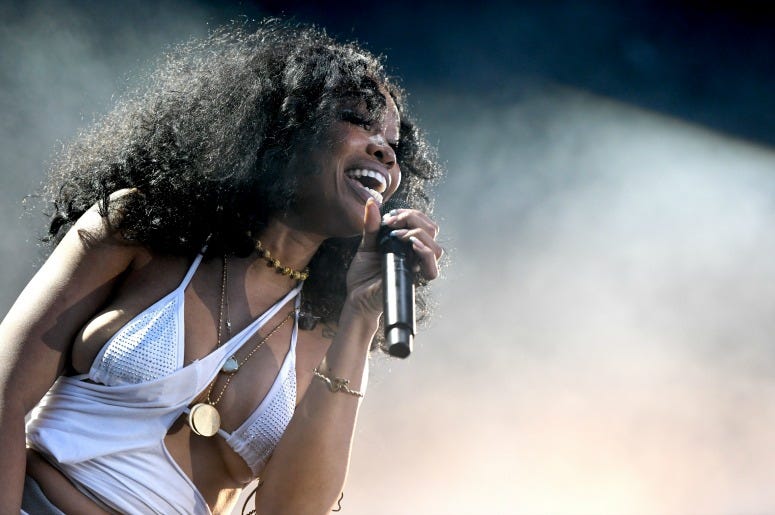 In a new interview, SZA has revealed some of the artists she’s been spending time with in the studio and potential plans for her upcoming album.

While talking with Kerwin Frost, the “Love Galore” singer says the follow-up to Ctrl will be out, ““soon as f***,” and could feature several high profile artists.

“Yesterday I was in the studio with Justin Timberlake and that was kind of nuts. We made a really cool song and I couldn’t believe it,” she explained during the relaxed hour-plus conversation. “Before I was like, ‘What the f*** am I doing in the studio with Justin Timberlake right now? This is crazy.’ But when I heard his music and we started singing together and the harmonies and the note choices that we were finding together, it’s like, ‘Oh, we speak the same language. The same frequency.’ I understood where he was going before he could finish a run, and I wanted to be in that tandem.”

In addition to Timberlake, SZA also reveals an upcoming feature with Post Malone, and mentions working with BROCKHAMPTON and production superstar Jack Antonoff. She goes on to detail her energy and how it changes depending on other artists and projects she has worked on. SZA mentions previous features with DJ Khaled and Cardi B.

“It’s not to say that those are bad songs, it’s just that my body doesn’t recognize it,” she adds. “That version of myself, it’s unfamiliar to my spirit.”

Ctrl was released in June of 2017 and earned SZA 5 GRAMMY nominations.