There’s nothing like a Super Bowl to get you oddly excited for commercials. Some of last night’s Super Bowl LIV commercials, however, had viewers raising eyebrows. One moment in particular that comes to mind is an unshakeable image of Jason Momoa shedding his muscles.

Fans saw Momoa lounging in a bathtub in the name of Rocket Mortgage Quick Loans, but the ad took a turn for the strange when it saw the usually buff Momoa kicking back, relaxing, and taking off his muscles and hair.

“What does home mean to me?” the actor asked the camera. “It’s my sanctuary. It’s the one place where I can let my guard down,” he adds.

“It’s where I can just kick back and be totally comfortable in my own skin,” Momoa says, reaching for his buff arms and removing them to reveal much thinner ones. Then, the actor reaches across his torso and removes his defined abs in favor of a thinner frame. 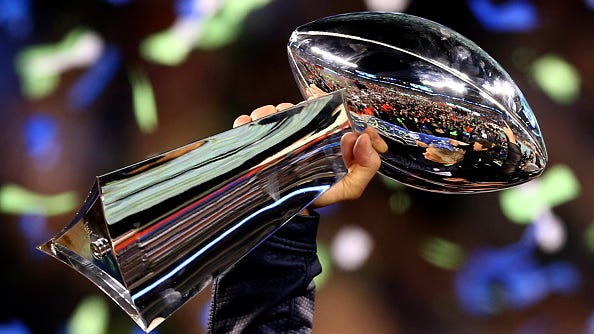 The weirdness didn’t end there. The “Aquaman” star then tugs at his hairline, revealing a bald head with just a few measly strands of thinned-out hair.

The end of the advertisement saw a cameo from Momoa’s wife, Lisa Bonet, as she attempts to aid him in doing a few bench presses with an empty barbell.

The reveal of the commercial comes as a shock, as fans were only equipped to see what appeared in the teasers the star posted to Instagram. In the clips, Momoa can be seen lathering up and speaking into a hair brush in the comfort of his bathroom.