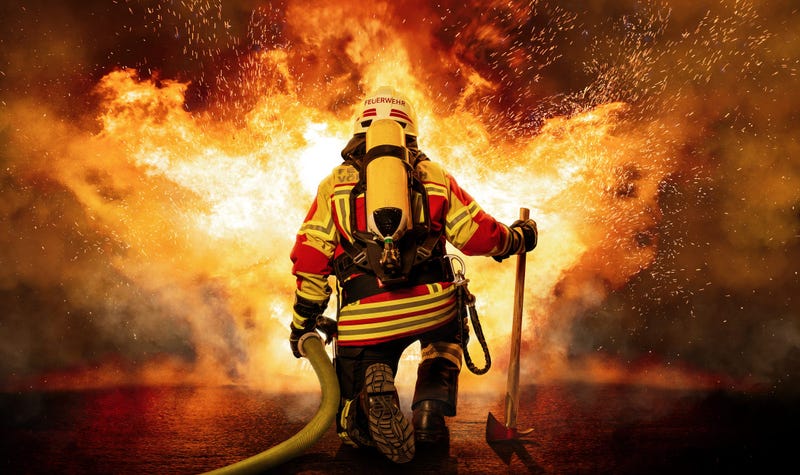 Even our heroes get emotionally overwhelmed at times.

Video of a California firefighter was captured as he momentarily broke down watch the flames rip through the Mojave National Preserve, on the border of Nevada.

“After seeing we wouldn’t be able to get a grip on it, we loaded up right away and kept bumping along,” he added.