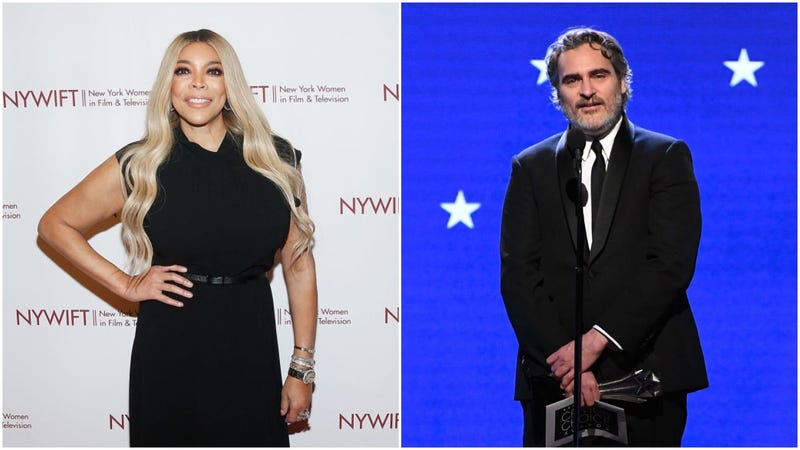 Wendy Williams is walking back a remark in which she referred to Joaquin Phoenix's "cleft lip."

The talk show host apologized on Wednesday following backlash from a controversial comment she made about a scar on the actor's lip, reports CNN.

While discussing the Golden Globes during her Jan. 7 show, Williams told her audience members that she finds Phoenix “oddly attractive.”

"When he shaves off his mustache, he's got a hairline fracture,” the host said. "He's got one of those, what do you call it, cleft lip, cleft palate."

Parents and activists spoke out against Williams for appearing to mock the "Joker" star's scar.

Adam Bighill, a Canadian football player, was one of the individuals who called out Williams on social media and asked her if she would apologize.

On Wednesday, Bighill posted a photo of himself holding his son on Twitter.

Today is Beau’s big day. He is getting his lip repaired today in Winnipeg by the fantastic Dr. Ross. Thanks to everyone who has reached out, and in advance, thanks for any of your well wishes for Beau. He is so loved! #cleftstrong #1in700 #cleftcutie pic.twitter.com/n3MxaLvl5f

"Today is Beau's big day. He is getting his lip repaired today in Winnipeg by the fantastic Dr. Ross," Bighill wrote. "Thanks to everyone who has reached out, and in advance, thanks for any of your well wishes for Beau. He is so loved!”

Williams responded, saying, "@Bighill44 We're thinking about Beau today as he is in surgery.”

In the tweet, she went on to issue a formal apology, which include a donation to two organizations in the cleft community.

. @Bighill44 We’re thinking about Beau today as he is in surgery. I want to apologize to the cleft community and in Beau’s honor, our show is donating to @operationsmile and @AmerCleftPalate and encourage our Wendy Watchers to learn more and help support the cleft community.

Phoenix has never publicly came out and told the public that he has a cleft lip or plate.

In a Vanity Fair article, it was reported that his lip scar was "not a surgically fixed cleft, he says, but a nonsurgical scar he was born with."