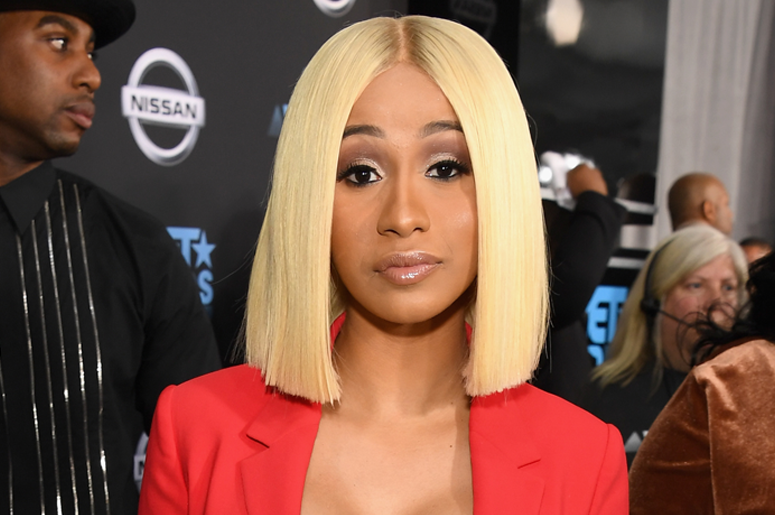 New week, same story, well kind of. Once again, Cardi B has sparked a bit of controversy, this time over her Thanksgiving festivities.

While she did post a handful of times on Thursday, it wasn’t until Sunday when Cardi revealed in a tweet that she hosted a “lit” 37-person Thanksgiving dinner that included 12 kids and 25 adults despite the ongoing coronavirus pandemic, that people reacted.

Just before the friends and family gathering holiday, health officials had warned Americans not to hold huge parties, amid fears that the holiday could cause an influx in the number of cases of the virus.

Since, she’s been receiving tons of backlash, and scathing comments. “I can promise you it’s not worth it to everyone else who is affected by your poor choices aka the healthcare workers who you will run to when you’re sick,” one follower tweeted. While another commented, "Sis I love you but anyone behaving this way during a pandemic deserves to be dragged."

But as this is Cardi we’re taking about, she of course responded, with a sincere yet equally idgaf apology. Once again taking to Twitter, she wrote, “Sorry my bad wasn’t trying to make nobody feel bad.I just had my family in my home for the first time and it felt so good & uplifted me. I spent soo much money getting every1 tested but it felt worth it. I wasnt trying to offend no1.”

Sorry my bad wasn’t trying to make nobody feel bad.I just had my family in my home for the first time and it felt so good & uplifted me .I spent soo much money getting every1 tested but it felt worth it.I wasnt trying to offend no1. https://t.co/gjGo1JAvnY

While most were angered by the irresponsibly of hosting a huge gathering, others were upset by Cardi flaunting the familial festivities, as one follower replied, “So what actually was the purpose of specifying the amount of people at your gathering... Knowing that a lot of people couldn't even be with their families. All you could've said was you had a good holiday with your people... and I'm not even one to troll, but read the room.”

Idk seems pretty trolly to us, and Cardi appeared to have the same thoughts clearly over the back and forth. Cardi closed out her Thanksgiving tweet wars with the following, “People be trying tooo hard to be offended. I wonder how they survive the real world,” followed by a laughing/crying emoji, and then moved on to talk about going live on OnlyFans.

People be trying tooo hard to be offended.I wonder how they survive the real world 😂

Christmas is up next, you think she'll make things less "lit"?