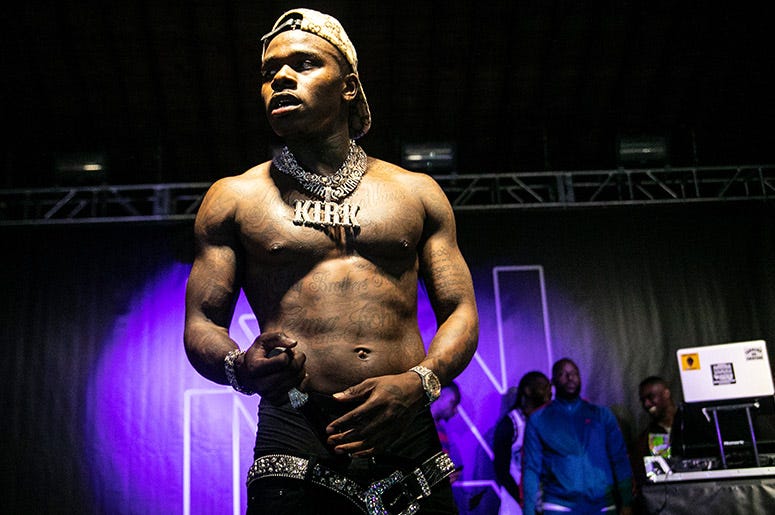 DaBaby announced his latest, and most personal project, My Brother’s Keeper (Long Live G), with a hard hitting music video that honors his late brother’s memory.

The rapper’s latest EP dropped Friday with a personal cover depicting DaBaby and his older brother, Glenn Johnson, in their youth. The artist posted the cover and track list to Instagram with a few inspirational words. “LONG LIVE MY BIG BROTHER🖤🕊,” he captioned.

Along with the album, the singer also released a new music video for “Gucci Peacoat” that shows footage from Glenn’s funeral. Family member console each other and DaBaby sings, “You told me that you got some demons / Told me back then that you weren't scared to die.”

Glenn reportedly died by suicide earlier this month. Johnson had reportedly posted a disturbing video of himself to social media showing the young man venting about being done wrong by people, according to TMZ. Visibly upset, he was seen crying as he sat in a car while holding a firearm.

Baby paid tribute to his brother by updating his Instagram bio to read, "LONG LIVE MY BROTHER" alongside emojis of a black heart and a dove. He also posted on Twitter about his heartbreak.