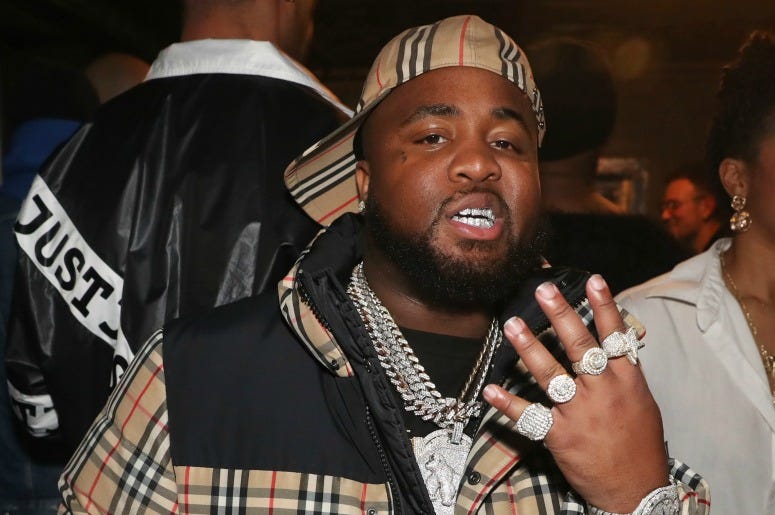 The rapper -- whose birth name was Melvin Noble -- was chased out of his car on I-35 near the Dallas Zoo, trying to get away on foot. However, the killer ran him down and finished him off.

The pictures show a thin man wearing a face covering revealing only his eyes. He's wearing gray pants and a black shirt. From one picture to another you can see his pants falling down around his thighs, revealing light blue boxer shorts. As he runs, he's carrying the murder weapon -- a rifle held as if he is right-handed.

Detectives are hoping will identify the gunman as the photographs circulate.