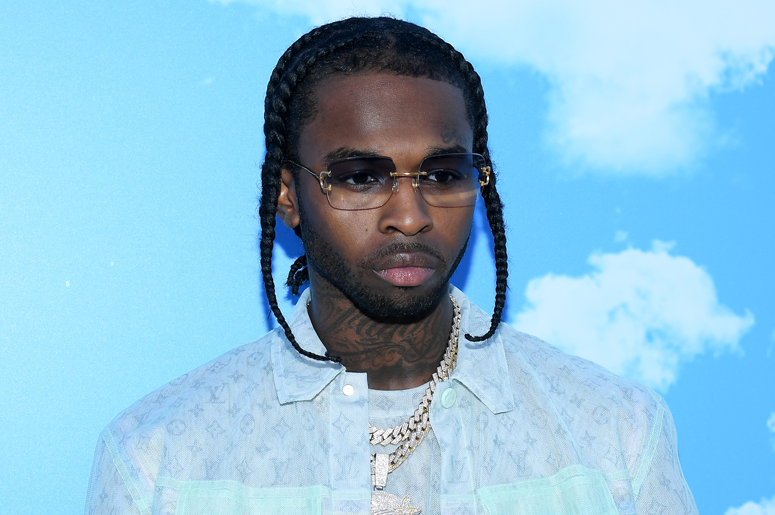 Almost a year after Pop Smoke’s death, his brother Obasi Jackson is opening up about what its been like to deal with the loss and reveals the rapper received death threats before his untimely death.

Making an appearance on the latest episode of Taraji P. Henson's Facebook series Peace of Mind, Jackson emotionally discussed about his brothers fatal shooting on Feb. 19, 2020 in Los Angeles, divulging that the Brooklyn drill rapper actually received death threats before his death. "All of that stuff he went through, it was just... People would put him down and count him out," he explained. "There was a lot of threats on his life because of that. And people were trying to figure out where the threats were coming from. I didn't think that anybody would do that and it's just a lot that goes into it.”

Jackson also noted that there was a blatant lack of security around Pop Smoke, which you think would change as his celebrity status continued to increase. "It's mind-boggling to me that someone would let a superstar go out with no security," he said. "That still plays on my mind. That just don't make no sense."

With so many young Black men being lost to violence, Asian Doll and Pop Smoke's brother talk about the toll losing a...

In the episode, which centers around sudden death, also features an interview with Asian Doll who spoke about her late ex King Von, who was also involved in a shooting this past November.

Additionally, Jackson also recalled how he felt the moment he first heard the news of Pop's death. Saying the he initially he didn't believe it due to shock. "Me losing my own brother... I'm going through so many things," he said. "I won't be able to hug my brother again, tell him I love him again, I won't be able to see him...I won't be able to show him my accomplishments."

Watch the full episode above.