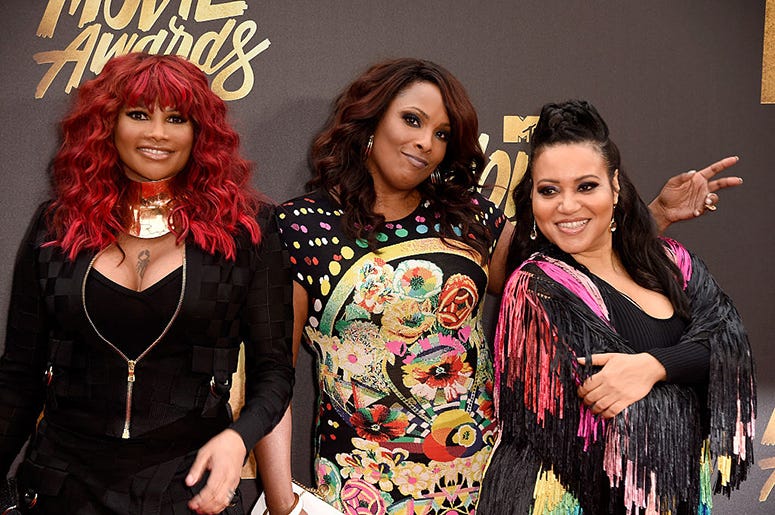 Lifetime TV's biopic on the rise and staying power of the highly influential female rap group Salt-N-Pepa premiered over the weekend and the outfit's longtime backbone, DJ Spinderella, had some words to share regarding her disappointment.

Salt-N-Pepa, Cheryl "Salt" James and Sandra "Pepa" Denton publicly split with Deidra Roper (DJ Spinderella) in 2019 for undisclosed reasons. Apparently, Spin was also not invited to be a part of this new Lifetime project and feels her point of view regarding the life of the group has been stifled.

Sorry but I gotta speak on this Lifetime special.., Too often, Black women who have made meaningful contributions in their industry are left out of historical narratives.

"Sorry but I gotta speak on this Lifetime special..," Spinderella said in a lengthy post on Twitter. "Too often, Black women who have made meaningful contributions in their industry are left out of historical narratives. Back when Salt n' Pepa was building our legacy, which is rooted in empowering women, I could not have dreamed that this same group would one day disempower me."

Spin continued, "Words cannot fully express my disappointment when I learned a decision was made to move forward with a Lifetime biopic that wrongfully excluded me from every aspect of development and production..all the while using my image throughout, given that I played an integral role in the group's story and success."

There’s nothing more unacceptable than a woman being silenced by another woman. It is for this reason, I will not be supporting it.

"There's nothing more unacceptable than a woman being silenced by another woman," she added. "For this reason," Spin says she "will not be supporting" the project.

In reflection, I'm grateful I’ve managed to uphold a 30-year career of truly empowering women with my gift, against all odds. This will continue in my work and in my service.

"I do, however, want to offer a huge congratulations to the talented actresses that represented us, including Monique Paul, who I wish would've been given an opportunity to share my true perspective with," she said. "In reflection, I'm grateful I've managed to uphold a 30-year career of truly empowering women with my gift, against all odds. This will continue in my work and in my service." 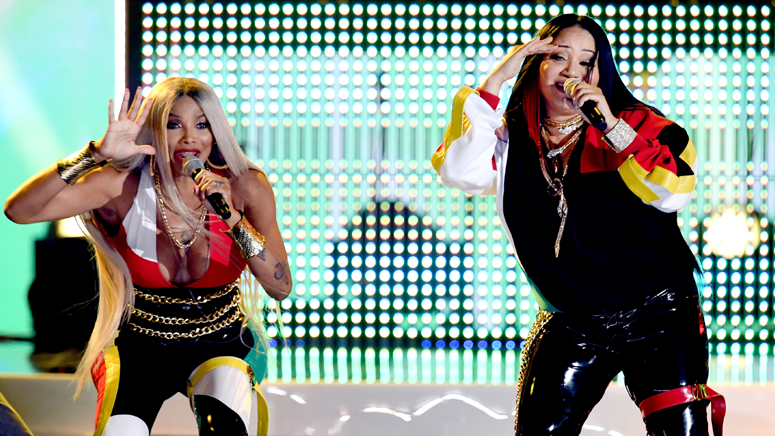 Does the Salt-N-Pepa biopic really tell all?

Spin will be telling her side of the story however, as she's finishing up her own memoir based on her time in the music industry.

"The great news is I'm in the final stages of writing my memoir, a personal journey navigating through life, relationships, and the industry that raised me," Spinderella said. "30+ years is a lot of content and I'm ready to share."

DJ Spinderella joined Salt N Pepa in 1986 at the age of 16 after auditioning and getting her parents' permission to go on tour. On May 3, 2019, Spin announced on Instagram that she had been "terminated" from the group earlier that year, saying she chose to drop the news because the group hadn't made a public announcement. Spin had also fought a legal battle with the group in order to be compensated on royalties from releases beginning in 1999. The case was dismissed in July 2019 after they reached a confidential agreement.

Both Salt and Pepa are yet to comment on Spinderella's latest tweets.

You can watch the full, two hour program now via Lifetime, and be sure to check your local listings for rebroadcasts.