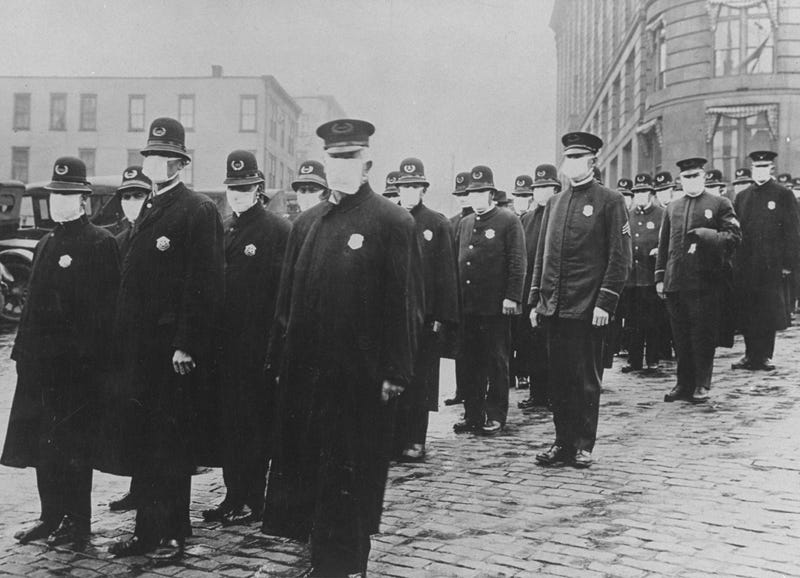 PHILADELPHIA (KYW Newsradio) — What will life look like after the coronavirus pandemic? Crowded concert venues, vacations abroad, unparalleled maskless meals inside a restaurant.

Jason Feifer, editor-in-chief of Entrepreneur magazine, posed another question: What did the people of 1921 think 2021 would be like?

“I was really surprised to find that they were actually pretty spot on,” Feifer said of an era that just survived World War I and the 1918 Spanish flu pandemic. “They were living through a moment of great technological leaps forward. They were at the dawn of the electricity age.”

Feifer sifted through newspapers from 1921, looking for mentions of “the year 2021.” Through his research for the magazine and his own podcast, “Pessimists Archive,” Feifer found that some predictions were spot-on. Some predicted the invention of thermostats, or the fact that cellars — modern-day garages — would one day hold cars.

What will happen in 2021? Here's what the people of 1921 thought. Their predictions were surprisingly accurate! https://t.co/rIMW1kkI0i pic.twitter.com/gRGeuD0A9l

As the telephone started to become a household item, some thought people wouldn’t want to see others in person anymore, Feifer found — similar to 21st-century behaviors and habits dictated by our smartphones.

While looking back at history and today, Feifer identified two “camps” of people.

Looking toward the future now, he encourages people to not fear change or new technology, because “it’s going to happen anyway.”

In 1907, for instance, people had a moral crisis, fearing young girls’ developing maternal instincts would be ruined — over teddy bears.

“It’s really instructive to look back and see what those kinds of conversations were like back then,” he said. “People were freaking out about stuff that now today seems so silly.”