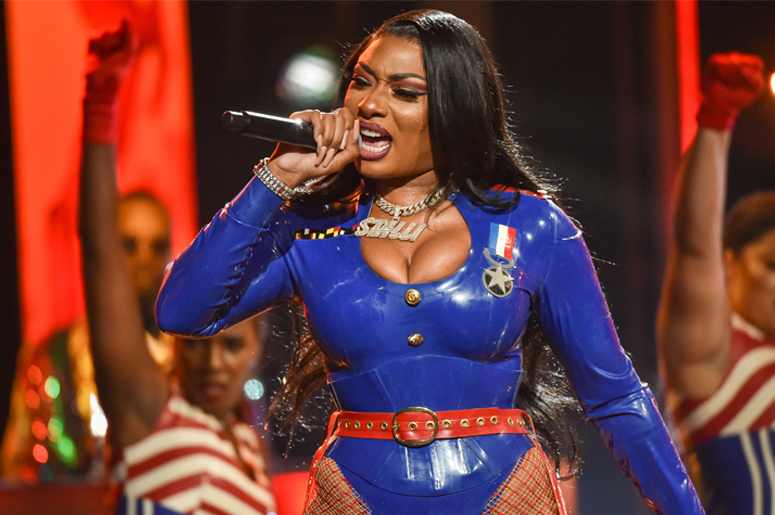 In maybe one of the finest examples of manifestation we've ever see, before actually becoming a household name, Megan Thee Stallion made the bold prediction that she inevitably would be. Seriously, no lie, see for yourself.

On Monday, as part of its #LHHUnlocked series, VH1 opened the vault and shared a never-before-seen clip from Megan's audition, with added commentary from some current Love & Hip Hop cast members, including Sukihana and Ray Jay.

As the clip continues, Meg also talks about her late mother’s rapping career and how she told her mother at 18 that she wanted to become an artist, even though moms didn't think it was a good idea.

"Megan Thee Stallion is just gonna become that household name,” she predicted. "When you’re talking about those poppin’ rappers, I’m gonna definitely be in that conversation.”

Ultimately, VH1 decided not to invite the rapper on the show, to many of the current cast members dismay. Blown away by the revelation, Sukihana, who actually has a cameo in Meg’s "WAP" video with fellow LHH alum Cardi B, said, "That is everything. Y'all fumbled the bag. Y'all should have put her on the show.”

Uhhh, she ain’t wrong, and clearly neither was Megan. Check out the clip below.

Did y'all know @theestallion was ALMOST a Love and Hip Hop alum?

Would you have liked to have had a Hot Girl SEASON? 🔥 🌡️ #LHHUnlocked pic.twitter.com/nvlhDfFmUi