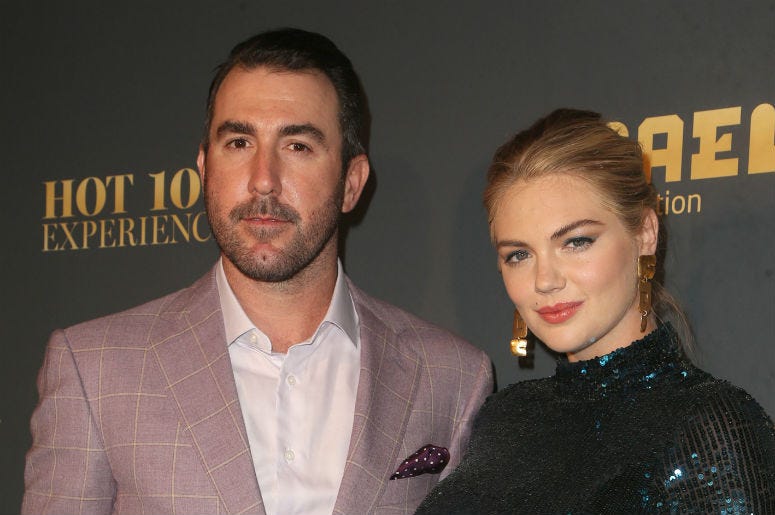 Justin Verlander may be a star athlete for the Houston Astros, however, it hasn’t always been about pitching the perfect game. The 35-year-old is now sharing details on his private battle with depression.

The MLB player is opening up on how his wife, Kate Upton, saved his life and career. “I was depressed and kind of just upset at the world and trying to hide my own s***,” Verlander told Bleacher Report.

After suffering from a shoulder injury in 2014, it had Verlander worried about his future with baseball. Luckily, Upton was by his side to help him get through the emotional journey while going to a physical rehab.

Verlander revealed that Upton was “basically a therapist” for him during the early stages of their relationship while trying to get back in the game. The couple married just last year and are expecting their first child together.