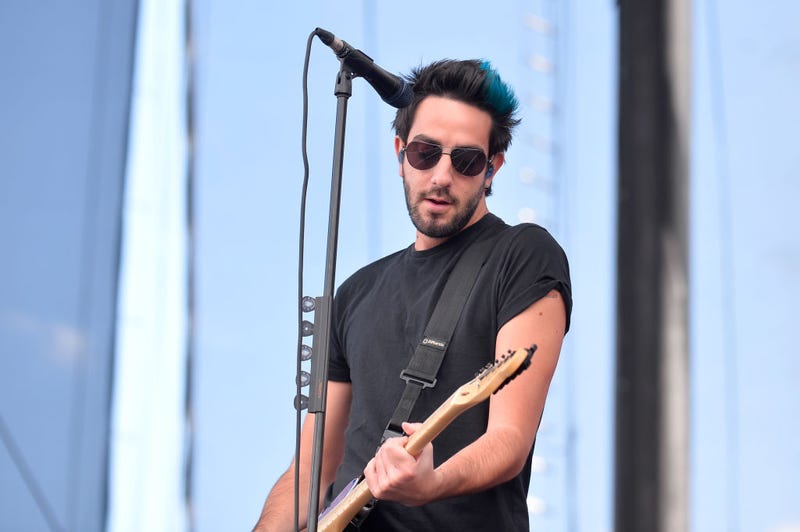 All Time Low guitarist Jack Barakat is known for his incredible sense of humor, his inappropriate Tweets, and his never-ending desire to party. Despite his online persona that always presents Jack in a great mood, he’s recently revealed the past year has been one of his toughest.

“I’ve always felt that I’ve had to portray myself a certain way online,” Jack opens up in a video. “Kind of be this comic relief and someone who’s always in a positive mental state. It’s just not the truth. And it’s not real. Everyone has their ups and downs, and I’ve never really put mine out there.”

Proud to introduce everyone to WhoHurtYou. @iamsweettalker and myself created this dark pop project during a really difficult time in our lives. We wrote these songs to help us cope with our relationships and breakups. We’ve spent the last year pouring our hearts into the music. Each song represents a different stage of breakup grief. Personally, it has been an interesting journey songwriting and putting my feelings out there. Scary at first, but now I’m ready to share it with the world. I hope the music can help you the way it helped us. @whohurtyoumusic

“Last year was a really tough year for me. I was going through my first big breakup and handled it all the wrong ways, and I was doing the wrong things. And in those moments, I had close friends of mine urge me to see a therapist and turn my life around.”

The honest video serves as an announcement for his new side project, WhoHurtYou. Jack teamed up with singer-songwriter Kevin Fisher, who admits he was experiencing similar struggles when he and Jack turned to music as an outlet.

The honest songs were used as sort of therapy during their tough times, and fueling their pain into music helped them see the light. Their first song drops tomorrow (June 21) and is expected to be titled “Why.”